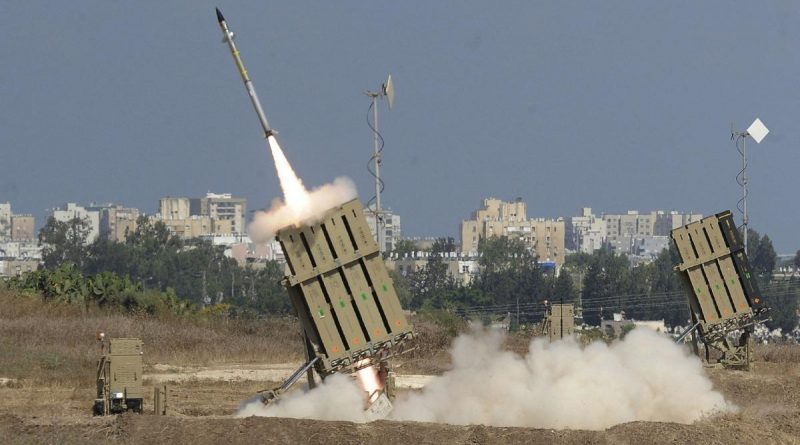 The U.S. has deployed an Iron Dome missile defense system on the island of Guam and is studying the possibility of using it as a means of defense against Chinese missiles. This was reported by The Wall Street Journal.

By order of the U.S. Congress, the Pentagon purchased two Israeli-designed Iron Dome batteries for $373 million and was to deploy at least one of them in one of the proposed theaters of operations by this fiscal year (which began Oct. 1). The U.S. military’s choice fell on the island of Guam in the Pacific, where the U.S. Air Force, Navy and Marine Corps bases are located. Guam is also the closest U.S. territory to China, with a distance of approximately 1,800 miles from the island to the PRC mainland.

The U.S. military will continue testing the combat systems until December, they are also studying how to integrate Israel’s Iron Dome into the U.S. missile defense system. The Pentagon is having some problems with this. The second battery remains at a base in the continental United States.

Some experts have suggested that the Israeli-designed missile defense system be placed in the Republic of Korea, because the Iron Dome is designed to intercept short-range missiles and artillery shells up to 40 miles away. Such weapons are more typical of the DPRK and Palestinian militias.

At the same time, the Iron Dome has demonstrated “some ability to intercept subsonic cruise missiles,” such as China’s CJ-20. According to the Pentagon, Chinese aircraft could use them to strike Guam.

“In many ways the Iron Dome is a temporary solution,” commented Tom Caraco of the Center for Strategic and International Studies in Washington. He added that Iron Dome would have low effectiveness against faster cruise missiles. Nevertheless, he said, the defense of Guam with its bases is critical to the U.S. military presence in the Pacific.

The very placement of the Iron Dome on the island speaks to the scale of U.S. military redeployment to the Pacific amid constant Pentagon claims that China is a “major challenge” for Washington, The Wall Street Journal stresses.

However, the U.S. is not stopping at the Israeli development; in September, the military leadership placed an order to produce an alternative to the Iron Dome.The first deliveries are planned for September 2023.