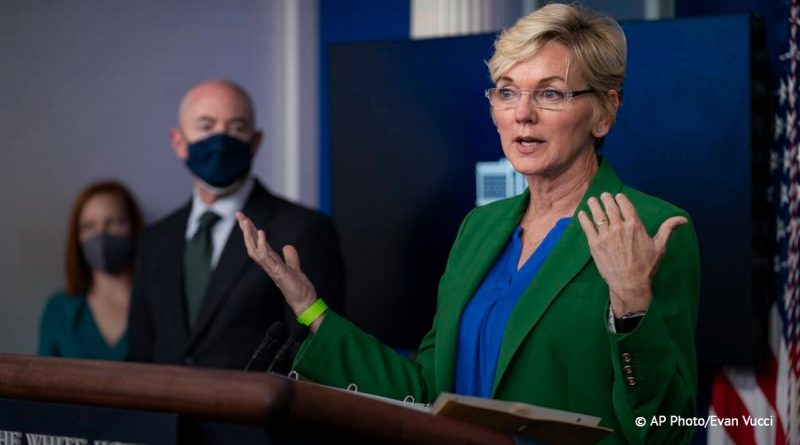 U.S. Secretary of Energy shocked the Web users with her ignorance

Head of the U.S. Department of Energy Jennifer Granholm could not answer the question of how many barrels of oil the country consumes daily, writes The New York Post.

The Minister was asked this by one of the journalists during a press conference on President Joe Biden’s decision to release the raw material reserves. She was unable to give an answer.

REPORTER: "How many barrels of oil does the U.S. consume per day?"

Energy Sec. Granholm: "I don't have that number in front of me. I'm sorry." pic.twitter.com/lToOjsLNLu

“Everyone Biden appointed is not properly qualified.”

“Granholm was appointed to this seat to limit, not produce energy. She has already succeeded in destroying Michigan’s economy with the ‘green jobs of the future.

“She’s as clueless as the rest of the president’s administration. I wonder if the chefs in the White House know how to cook.”

“The authorities take their citizens for complete idiots.”

According to the U.S. Energy Information Administration, Americans used about 20.7 million barrels of oil a day in September, which means there is enough crude to last two and a half days.

The day before, Biden announced his decision to print 50 million barrels of oil from the reserve. He took this step to lower prices. Some other countries will use their reserves: China, India, Japan, South Korea and Great Britain.