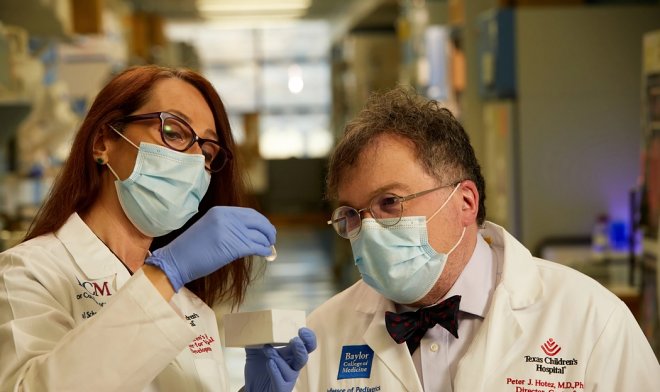 U.S. scientists have developed a patent-free vaccine against coronavirus

A group of physicians from Texas Children’s Hospital, along with colleagues from Baylor College of Medicine (BCM), have made a truly generous gift to all mankind by developing the Corbevax patent-free anticoronavirus vaccine.

Tests with volunteers have yielded good results – the vaccine has been shown to be highly effective and safe. Moreover, India has expressed its willingness to make Biological E’s production capacity available to produce more than 100 million doses per month.

Corbevax is based on traditional viral protein technology that has been in use for decades. Scientists have used the gene encoding this protein to create yeast, from which it is produced on an industrial scale.

The resulting proteins, once harvested and purified, are mixed with an adjuvant, a compound that boosts the immune response. A similar technology has been used for years in the creation of an anti-hepatitis vaccine.

Corbevax has already been compared with the Indian Covishield vaccine. The result – the new vaccine has far fewer “side effects” and demonstrates a very good immune response, which allows it to withstand the “delta” strain with 80 percent efficiency.

Project leader Peter Hotez said the patent-free technology is a “gift to the world,” already given to several Asian countries, including India, the first to issue an emergency production authorization for the vaccine by Biological E, which has already produced 150 million doses. Going forward, it will produce up to 100 million doses per month.