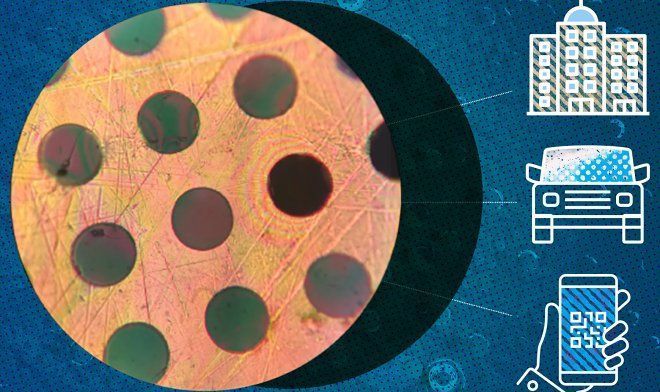 U.S. scientists have created a polymer that is lighter than plastic and stronger than steel

Researchers from the Massachusetts Institute of Technology reported a breakthrough – they managed to get a two-dimensional form of polymeric material, which at first glance has solid advantages without disadvantages. Previously, all attempts to combine polymer filaments into 2D structures turned out to be a fiasco. The new material was named 2DPA-1 and its characteristics are really impressive.

All polymers are created from monomers, which are connected in long one-dimensional chains. The resulting filaments can be turned into 3D structures by injection molding, but the American scientists went the other way. They took melamine molecules, which under normal conditions are shaped like rings or disks of carbon and nitrogen. As these molecules grow, they expand in only one dimension, increasing the diameter of the disk.

Scientists grew many individual disks of melamine in a suitable medium and then overlapped them so that hydrogen bonds bound the molecules together. The result was a semblance of an extremely thin film, actually two-dimensional and therefore very light. However, it is six times stronger than bulletproof glass and twice as strong as steel. In addition, 2DPA-1 is impervious to liquids and gases.

This combination of properties makes it possible to use 2DPA-1 to create extremely lightweight, durable and waterproof coatings for cars and smartphones – and even to use it as a building material.