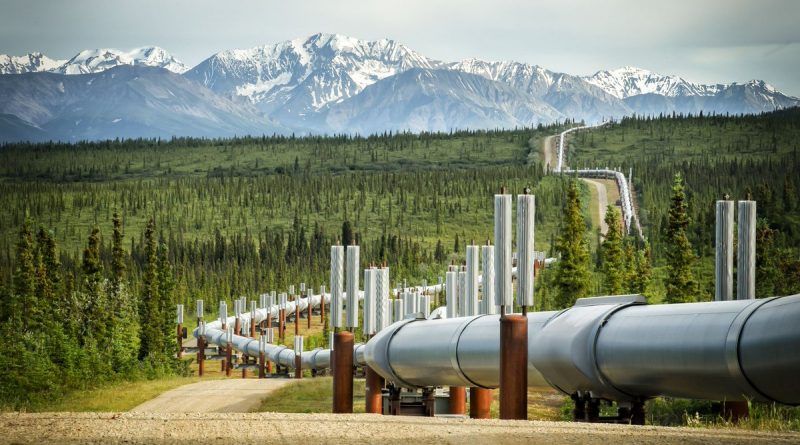 The effects of the pandemic, the war in Ukraine, climate change, and the multidirectional geopolitical pressures on the oil and gas industry have made energy security a key economic and political issue in the United States.

In a series of talks and presentations at the Center for Strategic and International Studies (CSIS), industry leaders talked about the future of U.S. energy security, what companies are focusing on during the “energy transition,” the role of modern oil and gas production methods, and how ESG (Environmental, Social and Corporate Governance requirements for companies) affects the oil and gas sector.

The keynote address was on the near-term prospects for U.S. energy security. Congressman Scott Peters (Democrat from California), a member of the House Committee on Energy and Commerce Rep. Scott Peters (D-CA), outlined the main thrust of the experts’ polemic – “providing the United States with energy resources – in abundance.”

“Whatever the timeline for the world’s renewable energy transition, and however ‘complete’ it may be, we will be using oil and gas for a long time to come. So, what I’m trying to prioritize, in the short to medium term, is the following question: how much ‘cleaner’ are we using this energy industry as possible,” Scott Peters said

As a politician first and foremost, Scott Peters shared his accomplishments in working together “bipartisan” with Republican congressmen from Texas, particularly that state’s Congressman Jody Arrington.

One of the starting points for working together against climate change, Peters cited the topic of reducing methane emissions. “Twenty-five percent [of the warming process] today depends on the level of methane emissions. Much of that is agricultural waste, much of it is due to methane leaks in production and distribution systems in the oil and gas industry. We have reinstated the 2016 “Obama-era” methane emissions limitation rules, which are good, but could be much better. As a result, the Biden administration is working on new, proprietary “methane rules.” So I would prefer that we get together in the Energy and Commerce Committee and reach a legislative agreement on how to all move forward on this together,” Scott Peters said.

Speaking of economic security issues in relation to the stated topic, Scott Peters stated in his introduction that “it’s one of the challenges for the U.S. to figure out the whole [petroleum product] supply chain.”

“We’re in a difficult position because we can’t do without Saudi Arabia, completely without Russia, Venezuela and even Iran. I’m not sure how that will serve our security in the long run,” Scott Peters emphasized.

“The United States is the world’s largest producer of oil and natural gas. But in recent weeks, we have seen that our nation’s gasoline and diesel prices have become inextricably tied to world market conditions. We cannot “drill” our way to energy independence. Prices here reflect what is happening in the rest of the world, whether in Russia, Ukraine, events in the Middle East or elsewhere. We have to think about how to use our resources, help European allies [maintain] energy security, think about the strategic impact of U.S. oil and gas exports on the rest of the world, especially if we can reduce emissions. The Energy Information Administration reports that we have about 11.6 million barrels a day [of oil] production in the United States today. That’s a huge number. Since 2020, the United States has had a really steep drop in oil production, but we’ve been through this incredible volatility. U.S. gas production is somewhere around 96 billion cubic feet per day. That’s a record high. There is a very broad “golden mean” that needs to be fixed in the United States energy industry. The average American believes that we need to be competitive in the industries of the future. That means we should not focus solely on fossil fuels, but “keep our eye on the horizon” by emphasizing things like wind power, solar power, battery technology, hydrogen production, and green industrial policy.”

The search for balance and agreement between oil shale companies, investors, and the government was the subject of an argument by three other renowned experts – panelists. Artem Abramov, Partner and Head of Shale Research, Rystad Energy, pointed out in his report that “the entire business model of the oil and gas industry has changed dramatically since 2017.

“The industry has moved to a more sustainable as well as more profitable operating model. This has happened against a backdrop of demands from the investor community as well as commentary from the media. We are now in a situation where we have to look for a way out of the global energy crisis. The U.S. is still seen as a potential source of hydrocarbon supplies to other countries. Historically, we have seen a gradual recovery of the industry since late 2020, but we are still quite far from the level of production that we had before COVID-19, in late 2019 and early 2020. If you look at different forecasts, most agree that the recovery will continue in the next two to three years,” Artem Abramov described the situation. He also emphasized that, from a global market point of view, the U.S. “does not have high oil prices, but high gas prices.

Raoul LeBlanc, Vice President, Energy, S&P Global Commodity Insights, focused his report on investment policies in the nation’s oil and gas industry, highlighting the significant decline in industry profitability that has occurred since the mid-1970s.

“Energy systems are our giant assets. When talking about climate change policy, don’t think of simple solutions like ‘oh, we’re just going to make public transportation.’ The U.S. has long invested tens of trillions of dollars in a “spatial” road structure. The U.S. economy depends on the automobile. “Because of that, you can move, buy a house here instead of a house 30 miles away, and you’ll save hundreds of thousands of dollars,” Raul LeBlanc explained the difficulty of moving to green energy.

Amy Myers Jaffe, Managing Director, Climate Policy Lab, Tufts University, known for her articles on the implementation of hydrocarbon substitution solutions and technologies, joined him and other panelists in the argument. She highlighted the inertia of the market and individual businessmen in the transition to electric transportation, citing the decisions of a group of electric battery manufacturers, including Tesla, to provide the state of California with additional sources of electricity.

The real information “explosion,” which sparked both controversy and rave reviews from those in attendance, was a presentation by Toby Rice, president and CEO, EQT, one of the leading companies in the field of LNG (liquefied natural gas) development and production.

“The ultimate goal for me has always been to impact the world. I started looking at different ways we could do that. The more energy people consume, the better their quality of life. Simply put, the more energy people use, the longer they live. So if you want to make a difference in this world, find a way to give people access to cheap, clean and reliable energy. So we found the largest gas field in the world in the Appalachian Mountains,” Toby Rice said of his project.

“Emissions from burning hydrocarbons around the world continue to rise. The U.S. has done amazing things. In the last 15 years, we’ve cut emissions many times over. But over the same period of time, global hydrocarbon emissions have increased by more than 4 billion tons. The largest source of emissions in the world is burning coal – more than 45%. Our project is to build pipelines to transport LNG to ports on the East Coast of the United States, for further transportation and sale to those countries in the world (China, India, Southeast Asian countries) that continue to use coal,” explained Toby Rice.

His project is essentially something of a “transitional” project, for a period between hydrocarbon and green energy. Toby Rice promises a selling price in Europe for LNG of no more than $25 per cubic meter, while he says the real price could be $9. He sees two achievements at once: full U.S. energy security and the introduction of almost “environmentally friendly” LNG technology worldwide, instead of using coal and petroleum products.