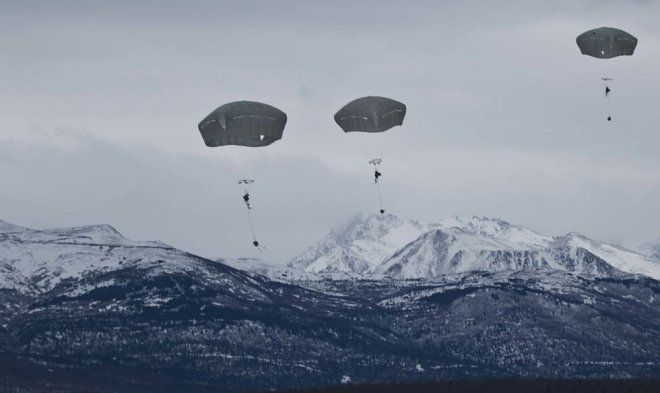 The 11th Airborne Division of the U.S. has undergone the procedure of reformation, after which it was named “Arctic Angels” and from now on will be based in Alaska. Its strength will be up to 16,000 men.

The unit will be deployed by parachute drop from C-17 transport aircraft or amphibious helicopters. Both methods will complement each other and help to ensure that limited forces will be able to patrol the vast Arctic band.

In addition to helicopters, the paratroopers will also get new CATVs to replace Sweden’s aging Bv206s (SUSVs). These vehicles are lightly armored APCs with special crawler tracks for moving in the snow.

With the formation of the 11th Airborne Division, the U.S. Army is accomplishing several important goals. First, all units based in Alaska will be united under a single command, previously headquartered in Hawaii.

Secondly, it will allow the United States to strengthen its military presence in the Arctic, the struggle for which has been steadily intensifying in recent years.

And third, the division’s specially trained soldiers will be fully prepared to operate in harsh Arctic conditions. Once in Alaska, ordinary untrained Army units have repeatedly experienced serious morale problems.