U.S. Air Force ordered the development of an electric jet with amphibious functions

Valkyrie Systems Aerospace, based in Reno, Nevada, has received a U.S. Air Force grant to further develop the unusual HoverJet Guardian concept, a multifunctional vehicle that combines the features of an airplane, helicopter, amphibious vehicle and hovercraft.

The project involves the creation of a modern jet aircraft equipped with a system of vertical takeoff and landing on electric power (eVTOL). For vertical maneuvers the aircraft will have four electric engines located in the wings. Horizontal movement will be provided by two Pratt & Whitney 545c turbojet engines with a thrust of about 3,700 kg. 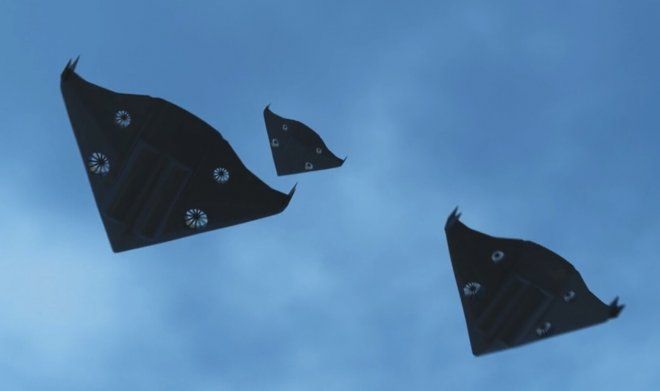 According to experts, HoverJet Guardian, like its predecessor drone Eagle, will fly in three modes – as a plane (including at supersonic speeds), as a hovercraft and as an amphibian. Thanks to its takeoff/landing engines, it will be able to land on any surface, including water.

It is still unclear how far the developers have progressed with this concept. Apparently, we should not expect a quick result: Valkyrie Systems Aerospace has already reminded that this project is “the product of more than 25 years of design”.