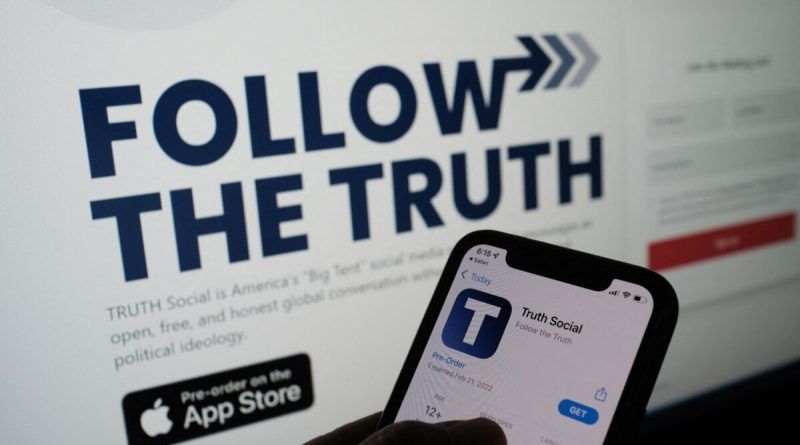 Truth Social, a platform developed by technology company Trump Media & Technology Group (TMTG) at the request of Donald Trump, has appeared in the Apple Store. This social network is designed for the exchange of short messages and in its principle resembles Twitter.

Its official launch on the market, according to many, marks the return of the previous U.S. president to the Internet space, after a long time his accounts were blocked by several major social networks.

According to the creators of Truth Social, the platform is designed for those whose opinions and political views are being purposefully pushed out of the information field by such giants as Facebook, Twitter and Youtube.

Many users pre-ordered and paid for the new app, and it installed automatically on their devices as soon as it became available in the Apple Store. Not everyone is able to download Truth Social directly yet. According to many of those wishing to do so, they received a notification that their request had been temporarily moved to a waiting list due to the high number of downloads in the Apple Store.

During his presidency, Donald Trump was very active on social networks. Often in his posts, he did not think twice about diplomatic language and got into altercations with his opponents. Trump’s team often reminded him that he is not only the president, but also a citizen who enjoys his right to express himself.

“Our presence in the Apple App Store opens this week. It’s going to be wonderful, a very, very large number of people will join our platform,” TMTG CEO Devin Nunes, a former Republican member of the House of Representatives, annotated the new Truth Social app. The company’s short-term goal, he said, is to gain as much traction as possible in the U.S. domestic market by mid-March.

Nunes, on his Truth Social account, personally encourages users to participate in discussions, share photos and subscribe to other community members. In particular, the head of Trump Media & Technology Group reacted violently when a Catholic priest joined the new social network. This was reported by users who have already opened accounts on the new platform. According to them, Devin Nunes urged the priest to convince as many Catholic ministers as possible to subscribe to Truth Social.

TMTG has big plans: going public in New York through a merger with Digital World Acquisition Corp (DWAC), selling hundreds of millions of dollars worth of stock and raising $1 billion in private investment. However, many technology players are skeptical about TMTG and cautious about Truth Social’s prospects. In particular, they want more transparency about Trump Media & Technology Group’s current funding.

Over the past year, several companies have emerged that position themselves as champions of freedom of speech and provide a platform for opinions that differ from the political mainstream. Among them are Gettr and Parler, which operate on the Twitter principle, and the streaming video resource Rumble. However, according to statistics, none of them has yet been able to come close in popularity to the main platforms – Facebook, Twitter, Instagram and Youtube.