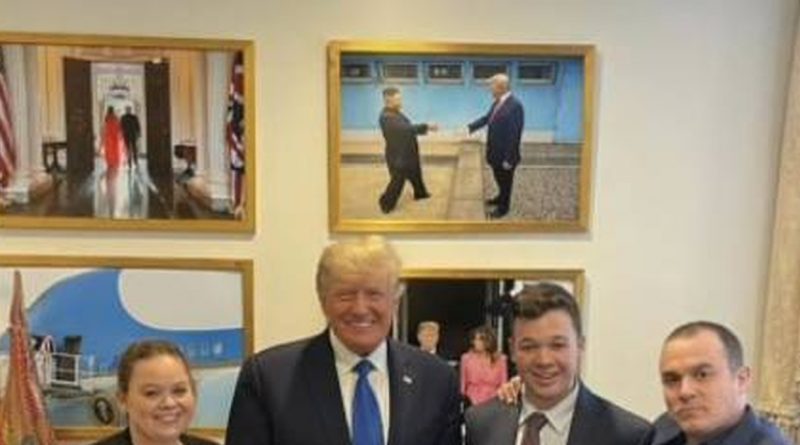 “Rittenhouse called. He wanted to see if he could stop by, say hello, because he’s a fan,” Trump said in an interview with Fox New.

Rittenhouse reportedly came to Trump’s residence at Mar-a-Lago, where the former U.S. president currently resides, and left “recently.” According to the former U.S. leader, the teenager came to see him with his mother. “He’s really a very nice young man,” Trump said.

Last week, a jury acquitted Kyle Rittenhouse of all charges. At the time Rittenhouse shot and killed two people and wounded another in the Kenosha riots, he was 17 years old. If convicted, the teen faced life in prison. However, his attorneys were able to convince the jury that the young man had used a gun in self-defense against the protesters who had jumped on him.

The teenager himself claims he came to Kenosha, Wisconsin last August to protect the townspeople from protesters affiliated with the BLM and Antifa movements. The unrest, which turned into pogroms and riots, was a reaction to the actions of the city’s police officers.

The Rittenhouse trial, which became one of the most high-profile in the United States in recent memory, was broadcast live on national television stations and the jury deliberated for more than 24 hours.