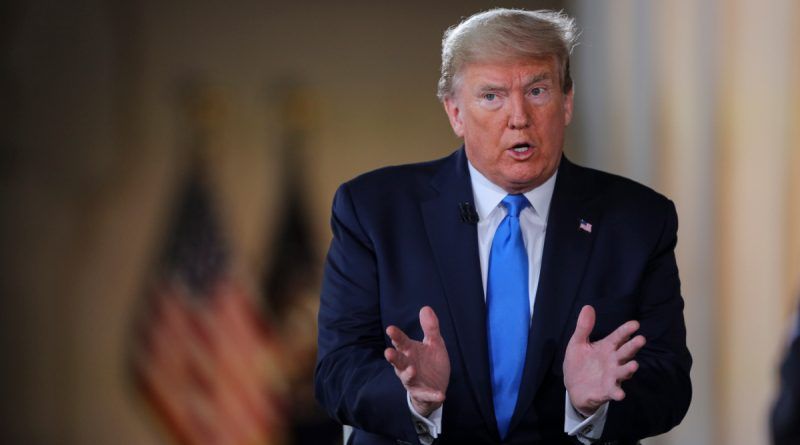 Speaking on Fox Business, Trump described how he tried to talk former German Chancellor Angela Merkel out of giving permission for Nord Stream 2.

“I really tried to persuade Merkel not to make a deal on the pipeline. I said that Germany would become an absolute hostage, and that’s exactly what happened. She became a hostage to Russia. They have had many conflicts over the centuries, they have fought each other on numerous occasions. And now you are being held hostage by this pipeline. And I stated then: “I don’t believe you’re doing this,” Trump said.

Trump recalled jokingly handing Merkel a white flag at a meeting a few years ago about this.

“I said then: “Here’s a white flag for you.” She asked me what it was for. I said, ‘It’s to capitulate, because you will immediately capitulate to Russia as soon as you make a deal with Russia,'” Trump noted.

He also criticized the current German head of government, Olaf Scholz, for not once mentioning during a press conference with U.S. President Joe Biden that North Stream 2 would be shut down in the event of an escalation around Ukraine. “Frankly, Germany is ruining NATO,” Trump stressed.

Washington has been criticizing the Russian pipeline for months, saying it would allegedly increase Europe’s dependence on Russian gas. For his part, the new Chancellor of Germany calls the project economic and calls not to link it to geopolitics.

Russia, for its part, has repeatedly stated that Nord Stream 2, which is actively opposed by the United States, which promotes its liquefied natural gas to the EU, as well as Ukraine, which fears losing the transit, is a commercial project that benefits Europe, and called to stop mentioning it in the context of any politicization. Moscow has also stated that it intends to continue gas transit through Ukraine.