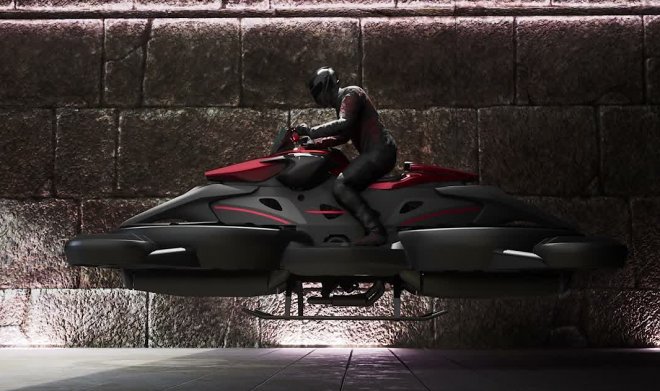 Japanese startup A.L.I Technologies, which previously specialized in the development of drones, has prepared a manned hoverbike model. It is called XTurismo Limited Edition and is already on sale. It is possible to buy a flying motorcycle even now, for $680,000.

Judging by the information provided, the XTurismo Limited Edition is an extremely utilitarian machine for fast travel between two points. It has four motors with propellers, which accelerate it to 100 km/h, and can fly on a single battery charge up to 40 minutes. Payload at its own weight of 300 kg is about 100 kg. The hoverbike has ski legs, the pilot sits on it like on a motorcycle or a jet ski.

This is not a prototype and not a raw model, but a finished commercial product – you can see on the video that the XTurismo Limited Edition flies quite well. Alas, there is a significant limitation – to fly it other than test ranges yet nowhere, because the legislation does not allow such vehicles in open airspace. But this is probably only temporary, because the era of hoverbikes is already upon us. In the meantime, it can be used by rescuers to quickly reach hard-to-reach places.