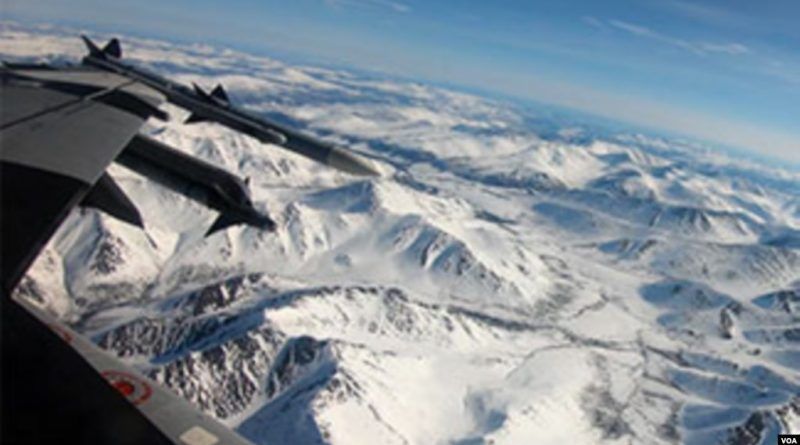 The White House unveiled a new strategy for the Arctic

The United States unveiled a new strategy for the Arctic on Friday that calls for increased rivalry with Russia and China in the strategic region for the United States.

“We will take the necessary steps to protect the American people and our sovereign territory,” the White House said in a statement about the new strategy.

China, which calls itself an “arctic” state, is also interested in expanding its influence in the region and intends to build the Polar Silk Road. China is eyeing mineral resources and new shipping routes as the ice cover in the Arctic melts due to rising temperatures.

The new U.S. Arctic strategy, an update of a previous 2013 strategy, says the United States wants the Arctic region to be “peaceful, stable, prosperous and cooperative.” The strategy addresses the need to address climate change and directs new investments in sustainable development to improve the lives of Arctic residents while preserving the environment.

The strategy “also takes into account increasing strategic competition in the Arctic, exacerbated by Russia’s unprovoked war against Ukraine and the People’s Republic of China’s active efforts to consolidate influence in the region, and seeks to ensure that the United States can compete effectively and manage tensions,” the White House said.

The White House said the United States “will deter threats against the United States and our allies by strengthening the capabilities necessary to defend our interests in the Arctic, while coordinating common security approaches with allies and partners and reducing the risks of unintended escalation.”