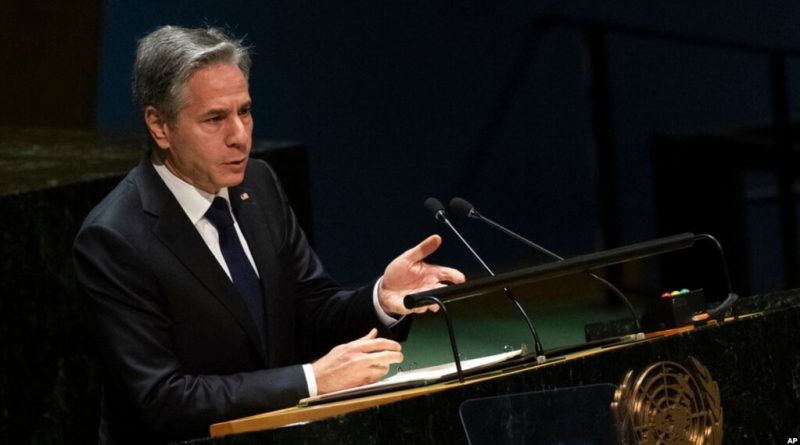 The U.S. will provide Ukraine with new civil security assistance

The State Department announced Monday a new $457.5 million aid package to Ukraine as part of its civil security assistance to the country.

In a statement by Secretary of State Anthony Blinken, published on the State Department website, it is noted that the funds will be used to support the activities of Ukrainian law enforcement and criminal justice agencies.

We shall remind you that since mid-December 2021, the USA has allocated more than $645m in law enforcement and criminal justice assistance to Ukraine. Part of the funds was also used to support the activity of the National Police of Ukraine (NPU) and the State Border Service. The U.S. supplied personal protective equipment, medicine and armored vehicles, which significantly reduced casualties among Ukrainian civilians and military personnel.

“In addition to expanding our direct assistance to Ukrainian law enforcement, some of this new assistance will also continue U.S. support for the Ukrainian government’s efforts to document, investigate and prosecute war crimes committed by Russian troops, building on our established cooperation with Ukrainian criminal justice agencies, including the Ukrainian Attorney General’s Office and the NPA War Crimes Unit,” said Blinken. – The United States stands shoulder to shoulder with the Ukrainian people and remains committed to supporting a democratic, independent and sovereign Ukraine.”

The day before, in an interview with CBS television, the foreign minister commented on Russian President Vladimir Putin’s threats to use nuclear weapons against Ukraine.

Blinken emphasized that “Vladimir Putin has a clear way out of the war he started, which is to end it.”

Blinken expressed his belief that Putin has already lost the war in terms of achieving his goals.