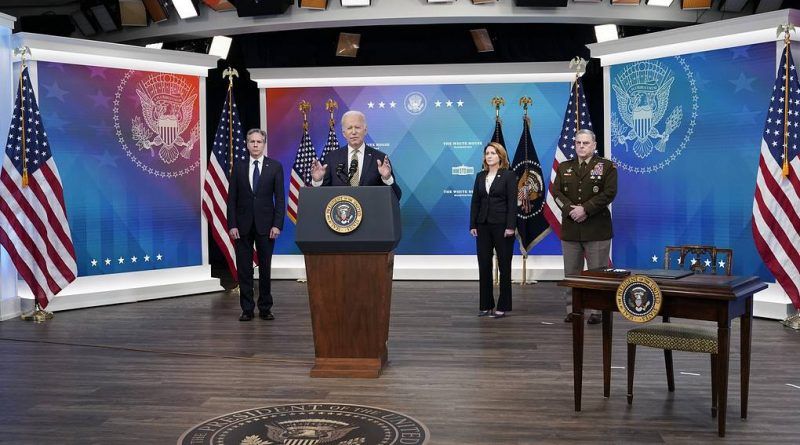 The U.S. will provide Ukraine with an additional $800 million in military aid

The United States will allocate an additional $800 million in military aid to Ukraine, bringing it to $1 billion this week, President Joe Biden said in a brief speech at the White House about Washington’s military assistance to Kiev.

“On Saturday, my administration approved another $200 million to maintain a steady flow of arms and ammunition to Ukraine. Now I am again using my presidential authority to activate additional security assistance to continue to help Ukraine resist Russia’s attack, and I am allocating an additional $800 million in assistance, bringing the total amount of new U.S. security assistance for Ukraine to $1 billion this week alone,” Biden said.

At the same time, the White House said that in total, the Biden administration has provided Kiev with $2 billion in military aid since the beginning of his presidency. The assistance announced by the US leader will be provided in the form of “direct supplies of equipment from the US Department of Defense to the Ukrainian Armed Forces.” In addition, the White House continued, the U.S. “continues to accelerate the authorization” of allies to supply Ukraine with U.S. weapons they have. Thus, at least 30 countries have provided military assistance to Kiev since the start of the Russian special operation.

Biden also signed a memorandum Wednesday that allows up to $10 million in additional aid to Kiev “for goods and services from the reserves and resources of any U.S. government agency.”

“This package involves the allocation of unprecedented assistance to Ukraine. It includes 800 air defense systems so that the Ukrainian military can stop planes and helicopters,” the American leader said. As the White House clarified, we are talking about Stinger anti-aircraft missile systems.

“At the request of Ukrainian President Vladimir Zelensky, we have identified additional longer-range air defense systems and ammunition for them and are helping Ukraine get them,” Biden added. According to the White House, these are systems, the use of which “the Ukrainian military has already been trained.” The names of these weapons are not given.

In addition, the U.S. will provide Kiev with 100 “tactical drones. According to Biden, about 7 thousand small arms will be transferred. According to the White House, the aid package will include, in particular, 100 grenade launchers, 400 machine guns, more than 20 million pieces of different ammunition, 25 thousand body armor and the same number of helmets.