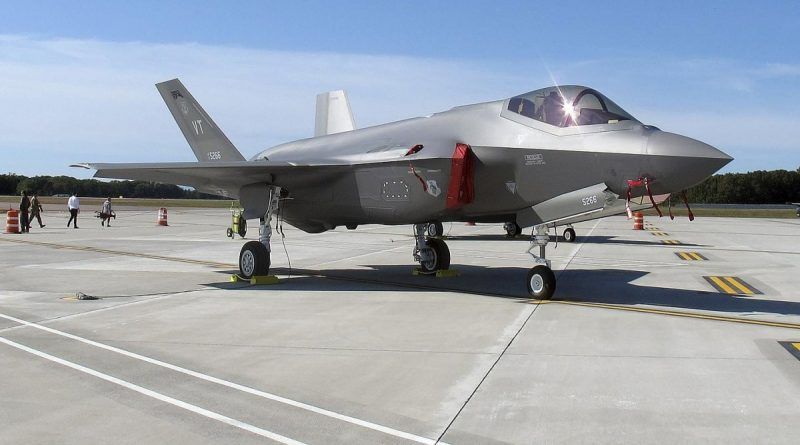 The U.S. sent F-35 fighter jets to Germany to strengthen NATO defense, the Air Force Reserve Command announced. The planes were sent to the Spangdalem airbase along with pilots, maintenance and support personnel. The number of aircraft sent was not named.

The F-35A Lightning II aircraft are the most advanced U.S. fighters capable of performing “a wide variety of aggression deterrence and allied defense missions if deterrence efforts fail,” the Air Force said.

“The deployment of U.S. F-35A fighters at Spangdalem Air Base improves the NATO alliance’s defensive posture and enhances our ability to act together,” the U.S. Air Force commander in Europe said.

“We are operating in a dynamically changing environment, and this deployment greatly enhances our support for NATO defense,” he added.

The aircraft dispatch came at a time when more than 150,000 Russian troops remain near Ukraine’s borders. Along with the F-35 fighters, the United States sent eight F-15Es to Poland. Another six KC-135 Stratotanker aircraft were sent to the Ramstein airbase in Germany.