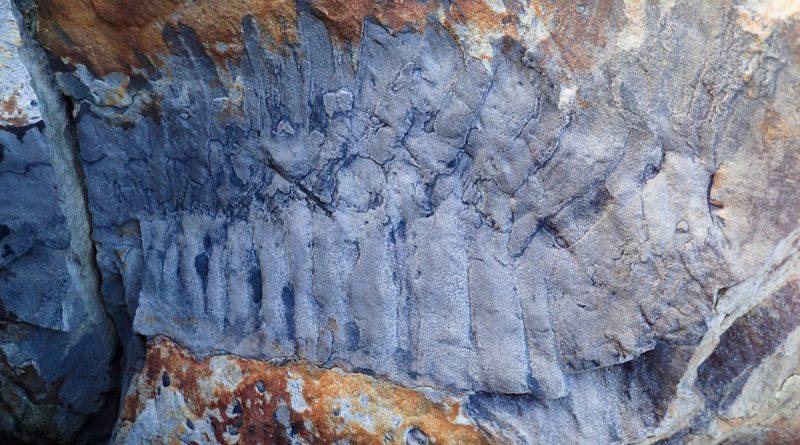 In British Northumberland, a fossil has been found that holds the record for being an individual of the Arthropleura genus of arthropod millipedes of unprecedented size. A fragment 75 cm long was found in the split rock, but the ratio of body parts suggests that the creature may have reached a full size of 2.7 m. A centipede the size of a car is frightening in itself, but what is even more intriguing is that scientists cannot explain how it grew like this.

In the case of insects and other living creatures, which instead of developed lungs have only a primitive respiratory system, there was previously a strict physiological limitation. Their maximum size depended on the concentration of oxygen in the atmosphere, which at other periods of the Earth’s history was much higher than the current 21% – hence the giant fossil “bugs”. However, the millipede Arthropleura lived 326 million years ago, when oxygen in the air was 23% – slightly higher than today’s value. 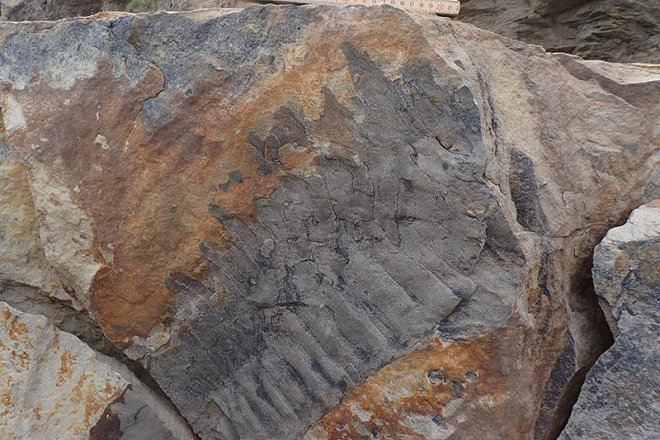 It turns out that Arthropleura’s incredible size does not depend directly on gas exchange and oxygen concentration, but then what was the key to its growth? The only working theory is a special diet. This creature lived in a swampy area where there was an abundance of plant biomass, including caloric nuts and seeds – however, even this is not enough for such a monster. The millipede was probably a very effective predator for its time – few could resist a huge monster encased in a tough shell.

But it is the shell structure that most hinders scientists in the study of Arthropleura, because after the death of such a millipede the shell falls apart into segments, and the remains are not preserved. There is a theory that the fossil found is actually the old shell dropped during molting, and in reality the millipede may have grown even larger. In any case, the head segment of the ancient monster has not yet been found, and therefore it is difficult to say what it ate and what kind of lifestyle it led.