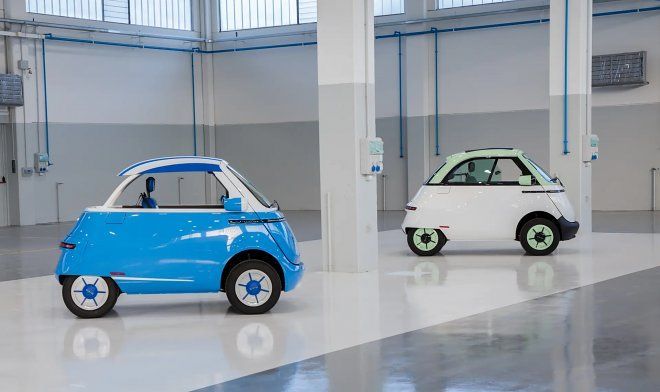 Micro Mobility Systems AG (Switzerland) presented at the Paris Auto Show two new models of the Pioneer Series mini electric cars – Microlino Lite and Spiaggina, aimed at young drivers. Their production has already started. About a thousand electric cars of both models are planned to be produced in total.

According to the company’s co-founder Oliver Oboter, the main idea of their creation is to give the opportunity to become car owners to “as many people without driving license as possible, who want to travel and not depend on bad weather at the same time”. 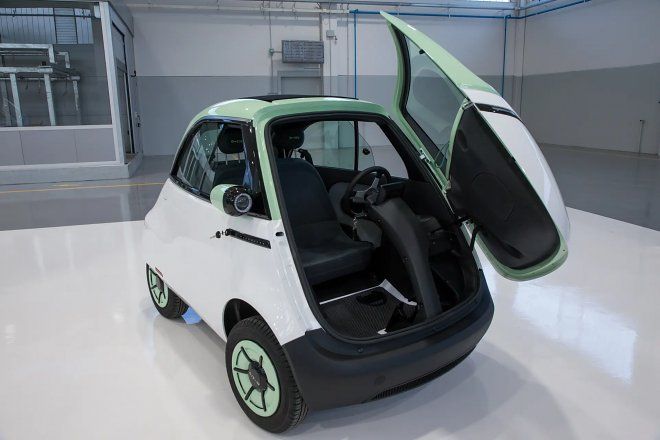 The single-seater Microlino Lite with 6 kW engine and maximum speed of 45 km/h belongs to the European class L6e. It has retained the extreme minimalism typical of all Microlino’s – boarding is done through the front door, and the headlights and side mirrors are one and the same. Even 14-year-olds are allowed to drive the Microlino Lite, so the owners do not need a driver’s license. 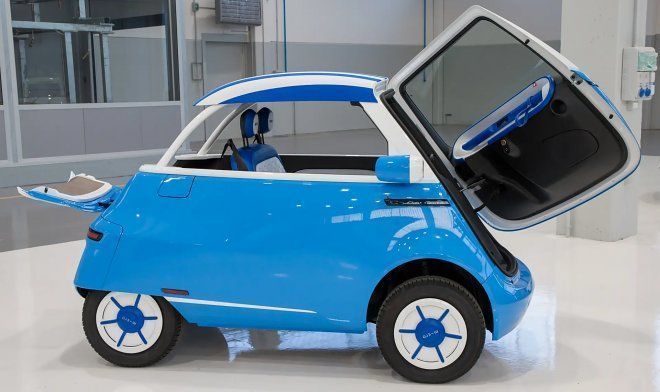 The “older” two-seater Spiaggina is already in the L7e class. It is characterized by blue and white coloring, canvas top, it also has no side and rear windows. It was equipped with 12.5 kW engine, capable of accelerating the vehicle up to 90 km/h. The Spiaggina will be available in two versions with 10.5 kW and 14 kW⋅h batteries, with a range of 175 and 230 km respectively. 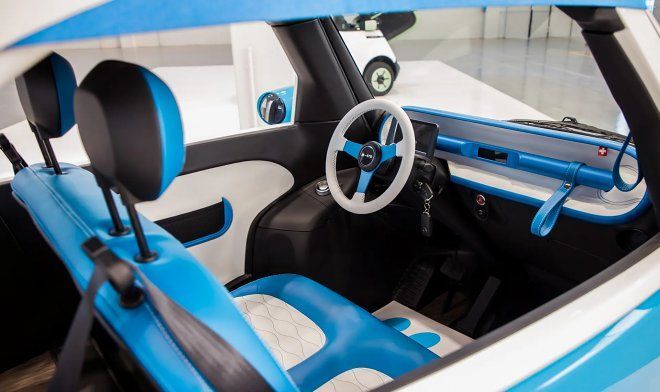 The electric car may appeal to fans of summer travel. Production is scheduled to start next year, and the price is $15,000.