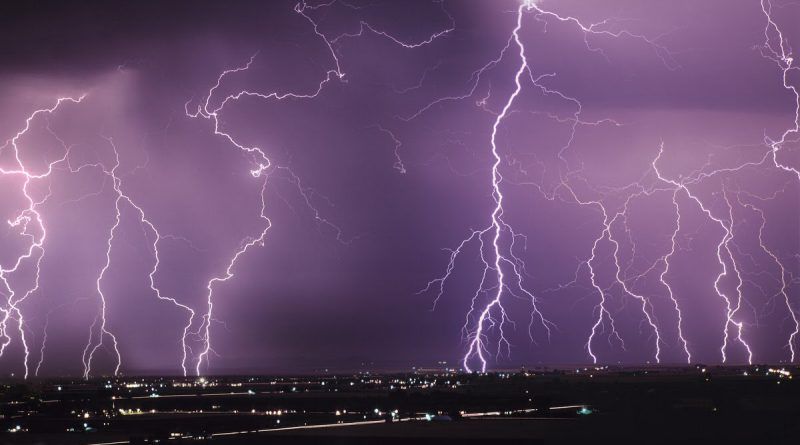 The thunderous sky over the three states of Texas, Louisiana, and Mississippi was illuminated by a giant lightning strike of about 770 km. It set a meteorological record of sorts, later recorded by the World Meteorological Organization (WMO). The previous one in the south of Brazil in October 2018 was set by lightning, which was “scattered” over 709 km.

It was possible to determine the size of these monsters thanks to recent advances in meteorology. Previously, such measurements were made using a network of ground antennas, based on data from GPS receivers and data processing systems. Unfortunately, they were not very accurate in determining the size of the observed lightning. This problem has been eliminated with the advent of satellite technology. 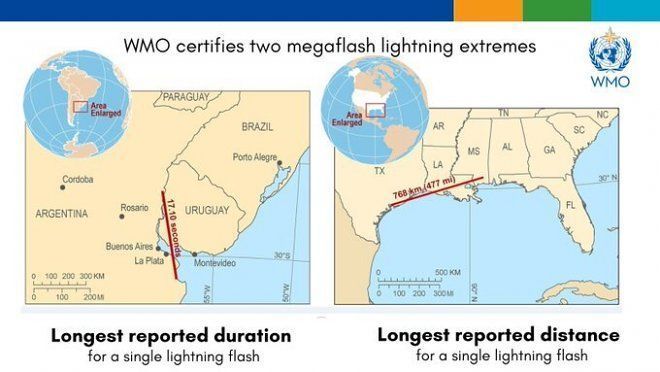 It was possible to establish the true size of the longest lightning on the basis of data obtained by NASA from geostationary environmental satellites, the third generation satellite of the European Space Agency – Meteosat and the Chinese weather device FY-4.

In addition to the size of the atmospheric discharges, scientists measured the record duration of their outbursts. The current world record of 17.1 seconds belongs to the lightning discharge in the skies of Argentina and Uruguay in June 2020. The previous thunderstorm “achievement” took place a year earlier. Then lightning “lasted” 16.7 seconds over northern Argentina.