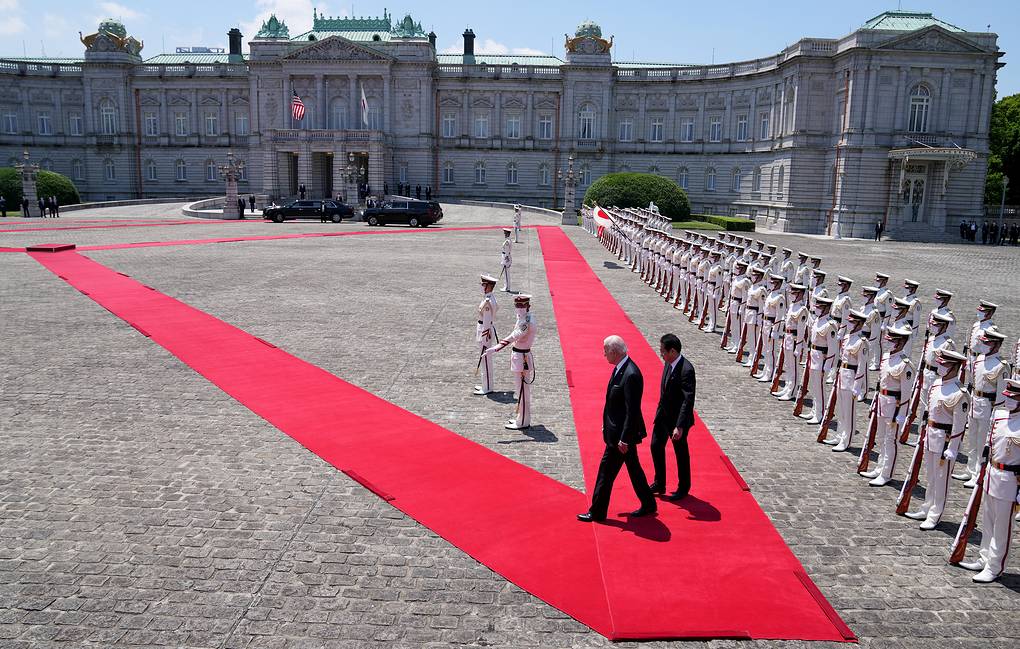 Emperor Naruhito of Japan received President Biden at his residence at the Tokyo Palace on Monday. No details of the content of the conversation were given.

Naruhito had previously met with Biden as Crown Prince in 2013, when the latter served as U.S. Vice President. The previous time the Japanese monarch hosted an American president was in 2019, when Naruhito and Donald Trump met.

Biden will then hold talks with Japanese Prime Minister Fumio Kishida and meet with relatives of Japanese abducted by North Korean secret services in the last century.

Biden’s visit to Japan will last until May 24. On Tuesday, he will attend the leaders’ summit of the Quadrilateral Security Dialogue, which includes Japan, the United States, India and Australia.