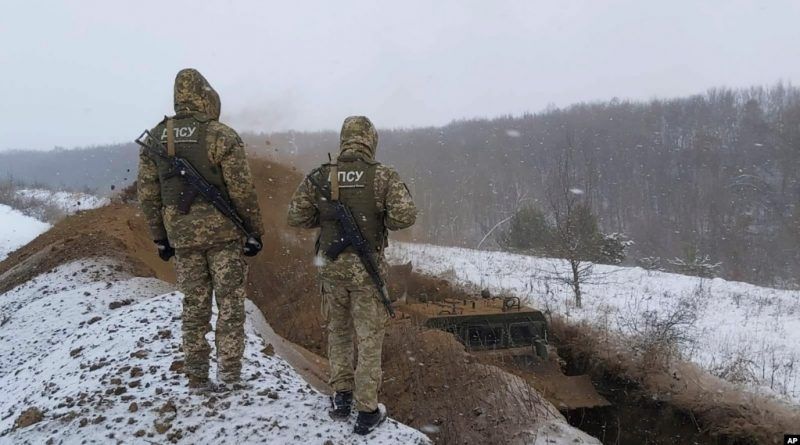 The crisis around Ukraine: developments in the situation

NATO Secretary General Jens Stoltenberg said Sunday that the alliance does not intend to send troops to Ukraine if Russia invades the country. Meanwhile, Moscow has demanded more clarity on exactly what security measures NATO plans to take in Eastern Europe.

“We have no plans to deploy NATO combat troops to Ukraine… We are focused on providing support,” Stoltenberg said. – There is a difference between being a member of NATO and being its strong and valuable partner, which is Ukraine.”

NATO has stepped up its military presence in alliance members bordering Russia, fearing a Russian invasion of Ukraine as Moscow has concentrated more than 100,000 troops near the neighboring country’s borders.

In the U.S., Pentagon spokesman John Kirby told Fox News television on Sunday that a Russian invasion “could really happen at any time.” According to Kirby, Russian President Vladimir Putin “continues to build up troops” right near the border with Ukraine.

U.S. President Joe Biden and other Western leaders have repeatedly warned that they would impose swift and harsh economic sanctions against Moscow in the event of an invasion.

Kirby rejected imposing sanctions before a possible invasion. He also would not name Russian financial institutions that could be hit by the West.

“Once you try to do that, the deterrent effect is gone,” he said.

Despite some disagreement among NATO members over reactions to a possible Russian attack on Ukraine, Kirby said: “We are confident that NATO will remain united.”

Several countries, including the U.S., have supplied weapons to the government in Kiev to help Ukraine defend itself.

British Prime Minister Boris Johnson plans to visit the region in the coming days and speak to Putin by phone. Johnson is exploring the possibility of doubling the number of British troops in the Baltic states and sending defensive weapons to Estonia.

The British leader said the deployment “would send a clear signal to the Kremlin” that “we will not tolerate their destabilizing activities and that we will always support our NATO allies in the face of Russian hostility.”

“I have ordered our armed forces to prepare to deploy across Europe next week so that we can support our NATO allies,” Johnson said.

Similarly, President Biden said Friday, “I will be moving troops into Eastern Europe and NATO countries soon — not very much.” The Pentagon has put 8,500 troops on high alert for possible deployment to Europe.