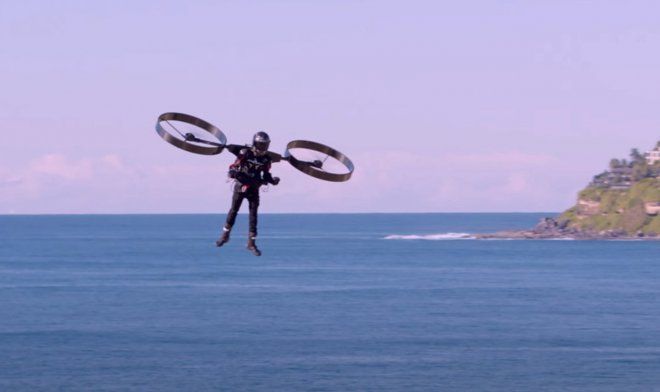 Australian company CopterPack has unveiled a new promotional video of its development, which is called “electric backpack helicopter.” The video was purposely filmed so as not to reveal the principle of this device, but it is clear that it has good potential to become a personal means of transport by air. The true characteristics of this device remain unknown.

There is very little information about this device on the CopterPack website, the developers are trying to keep their brainchild a secret. It is known that the design uses carbon fiber and the motor system has a function of automatic balancing. Apparently, it uses propellers of impressive size, with several levels of blades. It is very reminiscent of a set of drones “in the same harness,” which together can lift a person into the sky.

The question immediately arises: what about safety? The pilot is securely strapped into the satchel, but is there a parachute in case of a fall? It gives the impression that the person is simply suspended from the structure. The maneuverability and reaction speed of the backpack, judging by the video, also leave much to be desired.