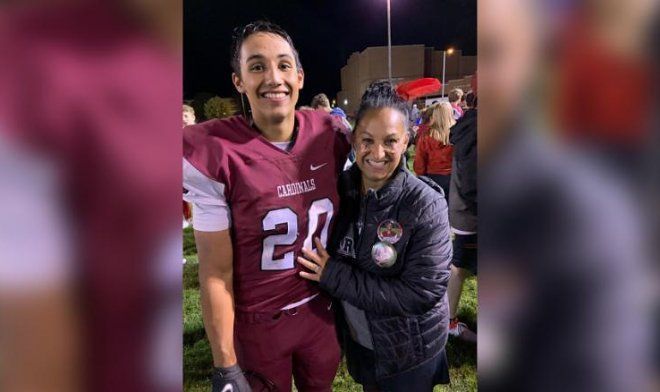 Modern man practically “lives” on social media, and this is especially true for teenagers. However, one 18-year-old still managed to resist the temptations of TikTok, Instagram and the rest of the platforms for a full six years, for which he received a reward of $1800 from his mother.

In 2016, Lorna Goldstrand Klefsaas challenged her 12-year-old son Sivert to abstain from social media until he turned 18, promising a cash prize on his birthday if successful. Lorna got the idea from a “16 on 16” contest she heard on the radio, where the mother promised her 12-year-old daughter $1600 for her 16th birthday under the same conditions. Lorna offered her son a challenge for 6 years and added $200 on top – essentially an “18 for 18.”

Luckily for Sievert, he hadn’t been on social media much before – the only Snapchat app he deleted a day after he tried it. “I wouldn’t say it was a time of withdrawal or that I was on the verge of snapping. It was more of a pride thing,” he recounted. Sievert’s friends, not bound by similar promises, helped him stay on top of the latest trends. There were other benefits to being on an unconventional shuttle, like getting to spend a lot more time studying and playing sports. When asked if he would dive into the world of social media now, Sievert said he’d already set Instagram. Right now, though, he doesn’t feel as confident in that territory as other teens, and he definitely has to adapt to the latest generation of social media.

According to Lorna, the betting was in part instigated by Sivert’s sisters, who “got too involved” with social platforms while they were teenagers. “It affected their moods and relationships with friends and was kind of a depressant,” she said.