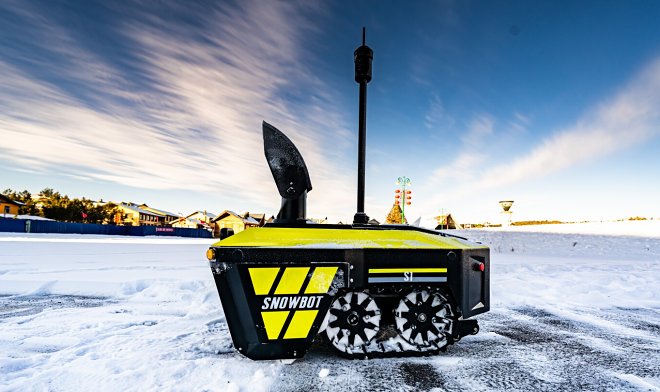 Snowplows have been around for a long time. But pushing them in front of you for a long time is a tedious task. To make this task easier, the Chinese company Hanyang Technology developed the Snowbot S1, an autonomous robotic snowplow.

The Snowbot S1 is a mobile unit on rubber crawlers, powered by a rechargeable battery. The robot can clean sidewalks, although it is best suited for large spaces, such as parking lots. 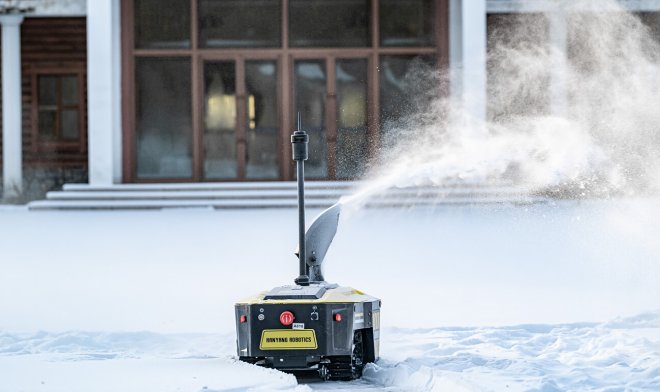 Using the snowplow begins with the placement of three beacons along the boundaries of the area to be cleared. The fourth radio beacon is placed on the robot itself. Using triangulation, the S1 calculates its position and creates a further route.

Thanks to its built-in lidar, the robot is able to avoid obstacles. It also stops the robot if its auger becomes clogged with wet snow or debris. One 2-hour charge of a 31A⋅h Li-Io battery is enough for 1.5 hours of operation. The entire unit weighs 65 kg and is IP35 rated.

The Snowbot developers are currently inviting beta testers to provide real-world feedback on the use of the S1. They are invited to purchase a beta version of the S1 at a discounted price of $1999. Once the final version of the robot is available, it will be swapped out for free. The production model of the Snowbot S1 Pro will cost $2,999.

If the territory has a complex shape, the route can be laid manually through the application for iOS / Android. Real-time remote control via a special controller is also available.

Depending on the type of surface, the snow is first raked with a scraper or rotating brush. A rubber auger then sprays the snow from a chute that rotates 360 degrees. The S1 removes snow to a depth of 305 mm and throws it to 3.6 m. Movement speed in sweeping mode is up to 0.4 m/s.