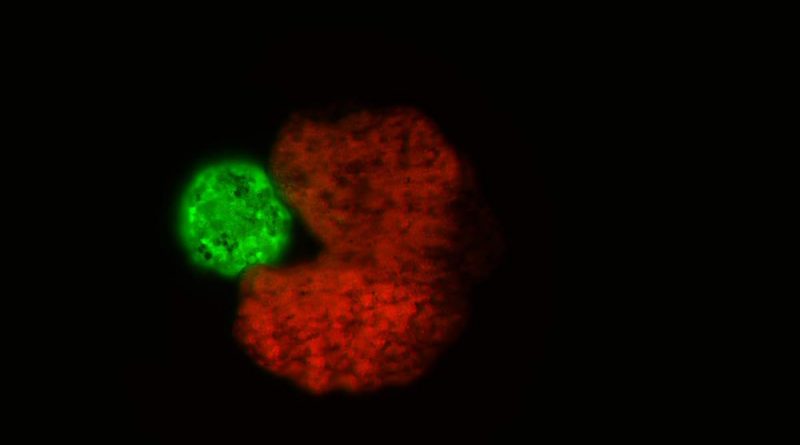 Scientists from the University of Vermont have invented a fundamentally new life form: xenobots. They are not robots in the literal sense of the word, but their behavior can be programmed. They consist of living cells, but are assembled like machines, with a specific architecture and for specific purposes. And now these strange entities have learned the most important function: self-reproduction.

No, not even a potential threat to anyone, because the material for creating xenobots can be obtained and stored only in laboratory conditions. This is a “soup” of stem cells that were extracted from the embryo of the African clawed frog (Xenopus laevis) and placed in saline solution. Without external influence, the cells are inert, but if several cells are pushed toward each other, a group is formed to which other cells begin to stick. When their number reaches fifty, the xenobot biorobot is formed.

The array of cells changes its structure, it gets the resemblance of cilia, which allows it to actively move in the solution. In the process of movement the xenobot encounters single cells and then the most interesting thing begins – the biorobot changes its movement trajectory and begins to collect cells in a pile. When enough of them accumulate, a new xenobot is formed. This process is called spontaneous kinematic self-reproduction, it has already been observed in molecular machines, but for the first time in living cells.

However, it is not that simple: cells cannot assemble themselves into a biorobot, they necessarily need an initial “parent” to start the process. It has been experimentally discovered that the most effective form for collecting cells looks like a circle with a notch, like “Pac-Man” from a video game. However, the biorobots themselves cannot create such shapes, their “offspring” have a look close to a rough sphere, which limits the speed and scale of reproduction.