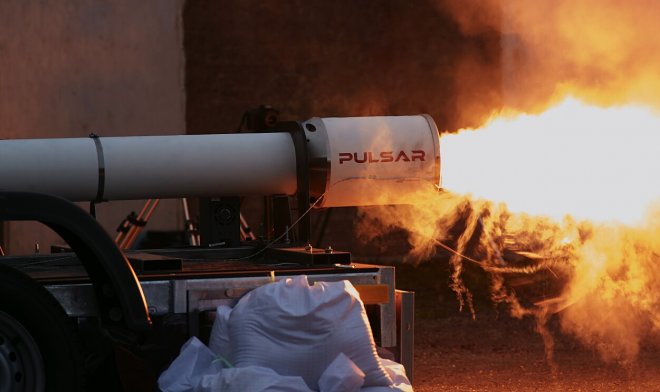 The hybrid rocket engine from the British company Pulsar Fusion is the first step of an ambitious project that includes the development of its thermonuclear technology for practical application. At least, they promise to do it by 2025, and in 2027 they will already send a rocket with such an engine into space. If the venture is successful, the time of travel to Mars could be cut in half.

The interest in the Pulsar Fusion arose after the company conducted the first static tests of the rocket engine of its own design last week at the Defense Ministry’s military base in Salisbury. The innovative unit showed outstanding results, but the most interesting thing about it is the fuel. It uses bottles from household chemicals, pipe scraps, cutting boards and bottles as fuel. In short, ordinary plastic trash.

As Pulsar Fusion CEO Richard Dinan explained, his team’s philosophy is that nuclear fusion is not that difficult to adapt for specialized applications as a power source for a rocket engine. It is not necessary to try to completely curb “fusion”, as the authors of ITER want to do, but it is possible to use nuclear fusion to recycle garbage into something useful. This is not yet achievable, but the successful tests of an engine where ordinary plastic is oxidized with nitrous oxide and creates a supersonic high-temperature plume inspire cautious optimism.