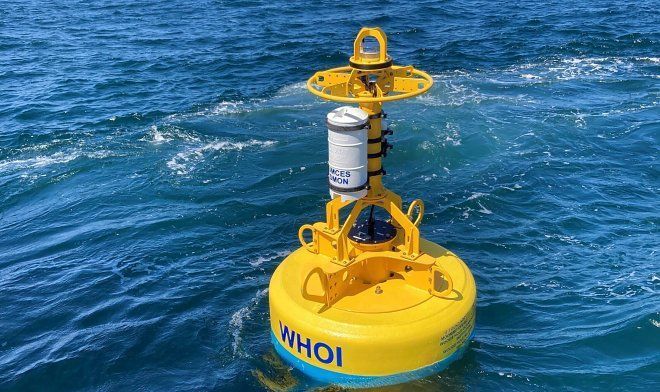 The Cape Cod Science Center (Cape Town, South Africa) together with one of the largest shipbuilding companies, the French CMA CGM, are working on a project to create robotic buoys that will be able to prevent ships from colliding with whales.

The buoys are based on technology developed by specialists at the Woods Hole Institution of Oceanography (Massachusetts, USA). Installed on floats recorders inform scientists, ship crews and members of the public about the habitat of rare, on the verge of extinction North Atlantic whales (E. glasialis).

The main reason for their extinction is decades of commercial whaling. Today there are only about 340 of the species worldwide and their numbers are declining, partly because of fatal collisions with ships. Two robotic buoys are expected to be installed as soon as possible off the coasts of Norfolk and Savannah in Virginia and Georgia, home to some of the largest ports in the United States.

Compared to acoustic recorders that have been tracking whale voices for decades, the buoys report information in real time – every two hours, according to marine ecologist Mark Baumgatner.

The results are displayed on a public website, allowing federal authorities to declare “deceleration zones” for vessels, which are required to reduce speed to a safe 10 knots for whales when they receive the information.