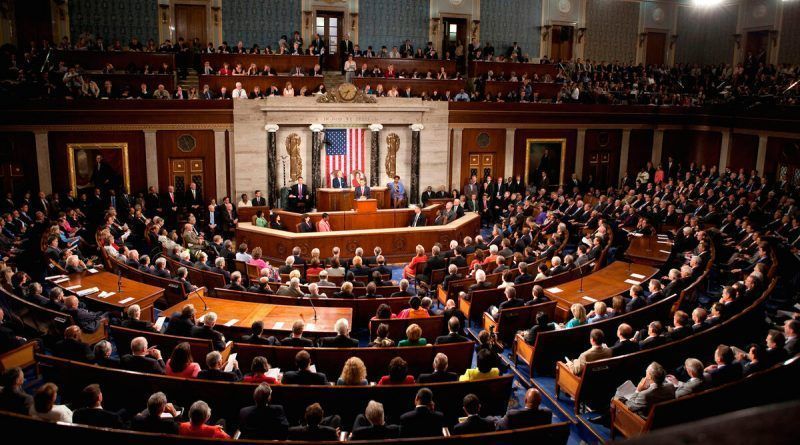 Republican senators on Wednesday blocked an attempt by Democrats to pass a voter protection bill. It was another major blow to the agenda of Joe Biden’s administration months before the campaign ahead of the midterm congressional elections.

The idea of changing Senate voting rules for the sake of the Voter Rights Protection Act faced opposition not only among Republicans, but also from some Democrats.

Senator Joe Manchin confirmed Wednesday that he remains opposed to changing Senate rules and repealing the filibuster. Manchin spoke on the Senate floor today, reiterating his opposition to the filibuster rule change. In doing so, the moderate Democrat sided with Republicans who are seeking to block an election reform bill pushed by the Democratic Party.

“If we allow this change, the Senate will become a body without rules,” Manchin said. – We don’t need to change the rules of the Senate to defend the right of the American people to vote.”

During a press conference Wednesday, Biden stressed that he had not given up hope of passing a voting rights bill.

The procedural vote needed to move the bill forward and bring it to the Senate floor failed, with the legislation failing to win the support of a qualified majority (at least 60 of 100 votes) Wednesday night.

Senate Majority Leader Chuck Schumer is expected to announce an attempt to change the filibuster rule. It is not yet known when such a vote might take place.

Because the vote in the Senate is split 50-50, Democrats would need the support of all senators from their caucus, the votes of two independent senators and the deciding vote held by Vice President Kamala Harris.

“If Republicans block the legislation we are considering, I will put forward a proposal to change the Senate rules regarding the filibuster,” Schumer said. – There are people in our caucus who believe the filibuster helps us unite. I don’t see any evidence of that.”

Democrats believe the bill is critical to protecting the American political system because Republican-led states have passed a raft of laws restricting voter rights. The wave was triggered in part by former President Donald Trump’s false claims of widespread voter fraud in the 2020 election. Republicans deny accusations by Democrats that the passage of state-level legislation is an attempt to seize power.

The bill attempted to pass in the Senate today included allowing all registered voters to request a mail-in ballot, allowing early voting for at least two weeks before the election date, and eliminating bias in the pattern of redrawing congressional districts, whose boundaries are redrawn every ten years.