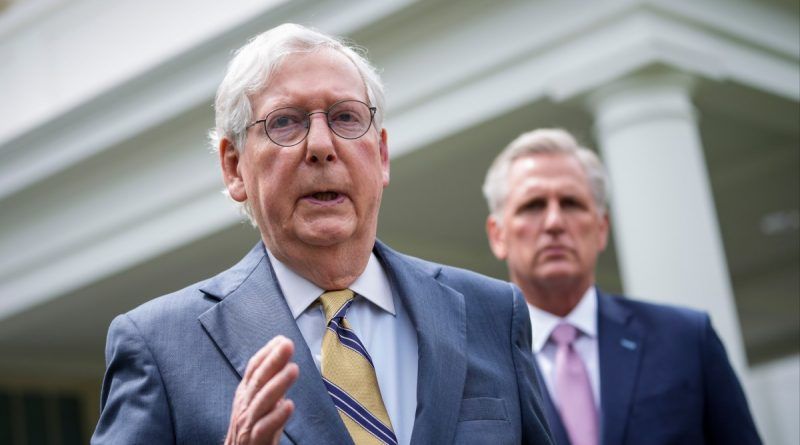 Republican leaders in the House of Representatives released a collective statement Tuesday criticizing the “appeasement policy” of Russia that they say the Joe Biden administration has chosen with regard to the situation around Ukraine.

The text of the statement was released by the office of Kevin McCarthy, the Republican leader of the House of Representatives.

Republicans condemned Russian President Vladimir Putin’s decision to launch an invasion of Ukraine and deplored what they saw as President Biden’s preferred policy of appeasement: “His tough statements about Russia were never followed by decisive action,” lawmakers said.

The process of transferring weapons to Ukraine has been slow, Kiev has never received air defense equipment, preliminary sanctions designed to deter Moscow have never been imposed, while sanctions on Nord Stream 2 have been lifted.

“Now the U.S. and our allies must make the Putin regime pay for this aggression. Congress must force President Biden to take the tough steps his administration has so far opposed, we must permanently halt the construction of Nord Stream 2, impose secondary sanctions on Russian financial institutions, and impose harsh sanctions on industries that rely on the Russian military,” the statement reads.

Republican Senator Lindsey Graham also criticized Biden, saying the president needs to “adjust his policies” on Ukraine. The tactic of appeasing Putin, according to Graham, “has not worked.”

“It’s time for Congress and the president of the United States, along with Western allies, to respond so firmly and forcefully to Putin that this ends sooner rather than later,” Graham said, adding that he supports Biden’s decision to increase the American presence in NATO countries near Russia. He promised to “gladly” support the president to “fight back against Putin and bring stability to the world.”

“I want the Russian oligarchs to understand what awaits them and realize the price they will have to pay,” Graham said, stressing that the United States should freeze the assets of oligarchs close to Putin and give the proceeds to buy weapons to defend Ukraine and strengthen cyberspace.

Republican Senator Ben Sasse, a member of the Senate Intelligence Committee, said that “today’s sanctions are too little,” and that they were imposed “too late.” According to Sasse, sanctions on the Kremlin should have been imposed before the invasion of Ukraine, not after the fact.

“We should not fool ourselves into thinking that today’s additional sanctions will deter Putin from trying to install a puppet government in Kiev. We need to hand over more weapons to the Ukrainians,” Sasse said in a statement. – Our goal should be quite simple: to help the Ukrainian resistance last as long as possible. Let’s make Putin regret his blatant disregard for the rule of law.