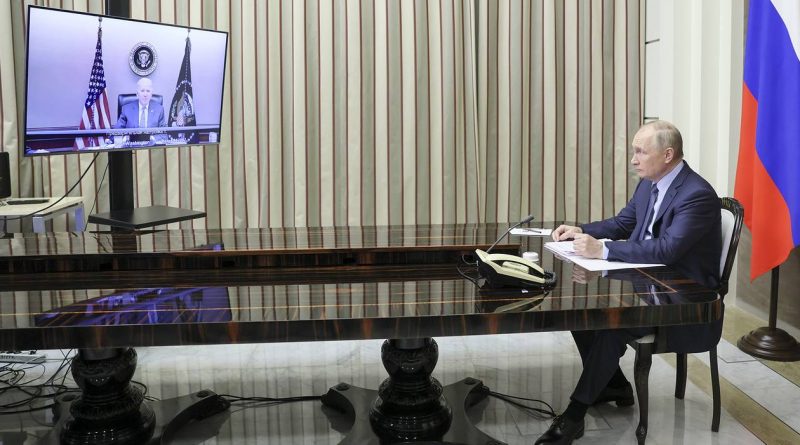 Putin spoke about his impressions of his conversation with Biden

“The conversation was very open, substantive and, I would say, constructive. At any rate, I hope that’s how the American side assesses our meeting,” the Russian president said at a news conference, summarizing his conversation with Biden.

“We have an opportunity to continue this dialogue, it seems to me that this is the most important thing,” Putin admitted.

The Russian leader said that he and Biden discussed security issues, NATO’s eastward expansion, including at the expense of Ukraine, cooperation in the cybersphere, and the Iranian problem. “We talked about a number of other issues, the normalization of diplomatic ties and so on. “In general we’ve talked at length about all these issues,” said the President of the Russian Federation. He noted that the conversation lasted “more than two hours,” although he does not remember the exact time.

Putin said he and Biden noted the progress of the countries’ cybersecurity dialogue.

“We talked at length about cybersecurity, ensuring security in this sphere, and stated that since our meeting in Geneva, we have been able to move forward on this area quite significantly,” Putin said.

According to him, “a constructive dialogue has been established and appropriate structures have been created. “There is an exchange of information, which is positive and gives positive results,” said the president of Russia.

The President said that Moscow would work out some proposals on security issues and pass them to the US in a few days. The Russian head of state noted that he had discussed security issues with his American counterpart. “This is a topic of a separate conversation. We have agreed that we will continue this discussion and do it in a substantive way, we will exchange our thoughts on this matter in the near future,” the Russian leader said.

“Russia will prepare its considerations literally within a few days, within a week, and we will pass this to the American side for consideration,” Putin assured.

“An agreement has been reached that a relevant structure will be created that will be able to deal with this professionally,” the Russian president specified.

Russia will present its security proposals to the U.S. side “as publicly as possible,” Putin said.