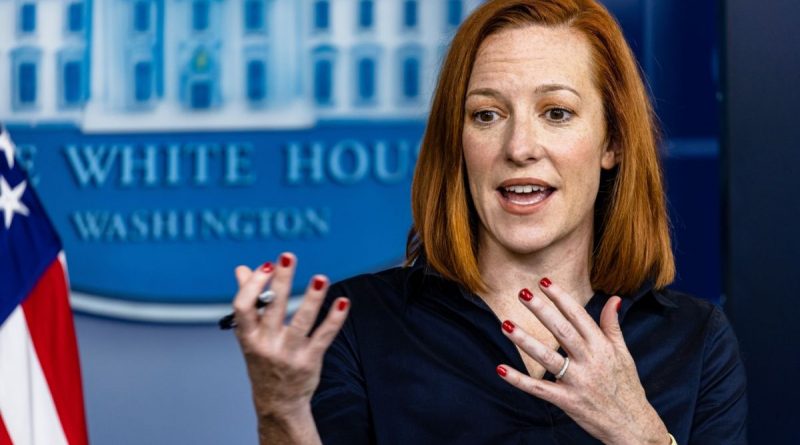 Psaki: US intends to continue cooperation with Russia on security issues in Europe

The United States remains committed to continued engagement with Russia on its security concerns in Europe. The press secretary of the White House, Jen Psaki, made the statement at a regular press briefing on Thursday.

She was asked whether there was any new information about the Russian and NATO security meeting announced by U.S. President Joe Biden.She said that Joe Biden was referring to “a whole series of discussions and contacts” that the U.S. is “still having right now.” However, Psaki noted, she could not yet report on any specific meetings.”The two presidents have instructed their teams to continue to engage, and we also expect it to continue,” Psaki explained.

Washington and Moscow agreed on further contacts after the online meeting between Russian and U.S. presidents Vladimir Putin and Joe Biden, Psaki said.
“During Biden’s conversation with Putin, they discussed and agreed that their teams would continue to engage in ongoing discussions and contacts,” she said.

Biden will update Zelensky on his conversation with Putin, confirming his support for Ukraine. The White House is “somewhat skeptical” about Russia’s statements on the situation in Donbass, Psaki said.

She was asked to clarify whether Washington considers the words of Russian President Vladimir Putin, who said Thursday that the events in Donbass resemble genocide, to be “escalating rhetoric.””The Russians are known for escalating their rhetoric, they are also known for the way they carry out disinformation around the world and in countries on NATO’s eastern flank. Unfortunately, as I said, I’m not the Kremlin spokesman, I would take their words with some skepticism,” Psaki said.