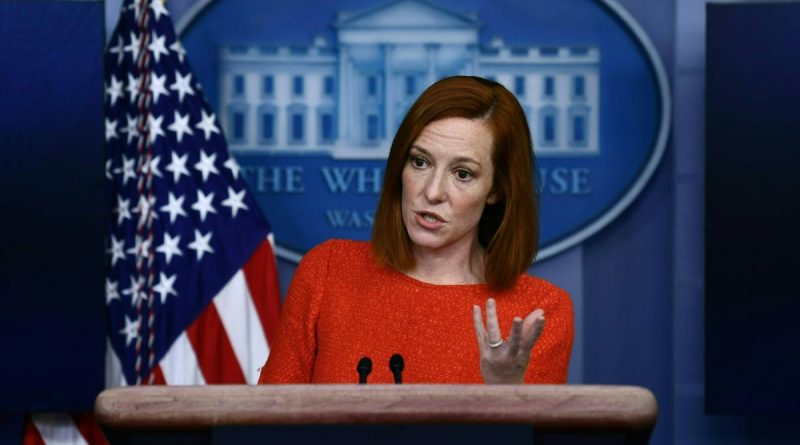 Psaki: U.S. will speak out about human rights in Turkey

The United States intends to continue voicing its views on the human rights situation in Turkey while working to preserve the alliance between Washington and Ankara. White House press secretary Jen Psaki said this at a regular briefing for reporters on Tuesday, commenting on the diplomatic scandal between the United States and Turkey.

“Of course, we continue to speak out about the detention of activists, journalists, and others around the world, including in Turkey. We also privately and publicly raise concerns when we have concerns, as happened in this case,” the White House spokeswoman said, referring to the situation of human rights activist Osman Kavala.

At the same time, Psaki expressed confidence that Ankara and Washington would continue to engage constructively on a range of issues of mutual interest despite the current difficulties. “Turkey remains a NATO ally, a country with whom we will continue to work prospectively on a spectrum of common interests,” Psaki said.

She also argued that Monday’s statement of intent to respect Turkey’s laws, issued by the ambassadors of 10 countries, including the United States and Canada, in Ankara, was not a reversal of previous positions on human rights. “This statement should in no way be viewed in that light,” Psaki was convinced.

The press secretary had difficulty specifying whether a bilateral meeting between the U.S. and Turkish presidents on the sidelines of the upcoming G-20 summit in Rome is possible. That said, she did not essentially rule out such a possibility. “We have, as I noted, space in Joe Biden’s work schedule, which we are finalizing, for additional bilateral meetings. As you know, he met with his Turkish counterpart in June when he made his first overseas tour of Europe. But I can’t predict anything yet. Hopefully we’ll have more clarity on this with each passing day,” Psaki said.