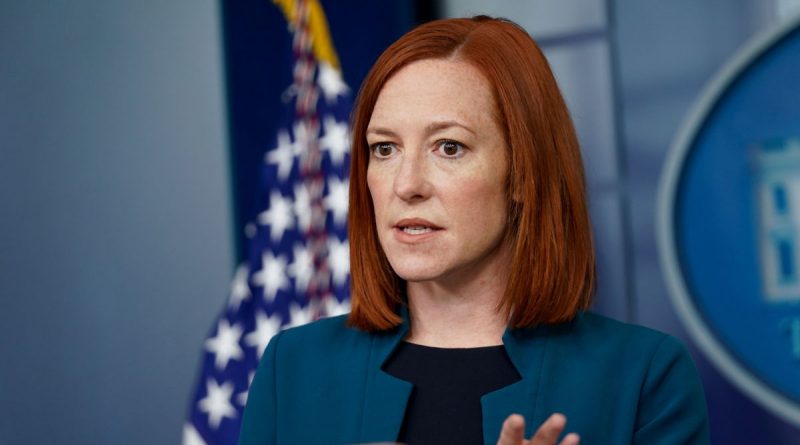 The U.S. administration is discussing with the authorities in Israel and other countries possible further steps in case of the failure of negotiations in Vienna on the Iranian nuclear program. This was announced by White House Press Secretary Jen Psaki at a regular briefing on Wednesday.

Commenting on U.S. Assistant to the President for National Security Jake Sullivan’s early visit to Israel, she said, “Iran is obviously high on the agenda during the visit, but it is not the only topic of the visit. We expect to continue ongoing consultations about the threat posed by Iran’s nuclear program, its actions causing destabilization in the region,” Psaki said.

“We certainly share the deep concern of our Israeli partners about Iran continuing to work on its nuclear program after the previous U.S. administration withdrew from the Joint Comprehensive Plan of Action,” the White House spokeswoman added.

She recalled that U.S. President Joe Biden had previously instructed aides to “prepare a number of options” in coordination with U.S. partners and allies in the event that negotiations over Iran’s nuclear program failed.

“We are discussing this with partners and allies, including Israel and many other countries, we expect this to continue in light of the fact that negotiations are now stalled,” Psaki added.

The Joint Comprehensive Plan of Action (JCPOA) was signed with Iran in 2015 to address the crisis over its nuclear program by the permanent five of the UN Security Council and Germany. Previous U.S. President Donald Trump decided in 2018 to withdraw from the JCPOA. Biden repeatedly signaled a willingness to bring the U.S. back into the nuclear deal with Tehran.

The seventh round of talks on restoring the Iran nuclear deal concluded earlier in Vienna. European negotiators decided to take a break for the Christmas holiday. Negotiators had earlier confirmed that further work would proceed on the basis of documents that had been worked out during the six rounds by June 2021. It was noted that all sides are striving to restore the JCPOA in its original form.