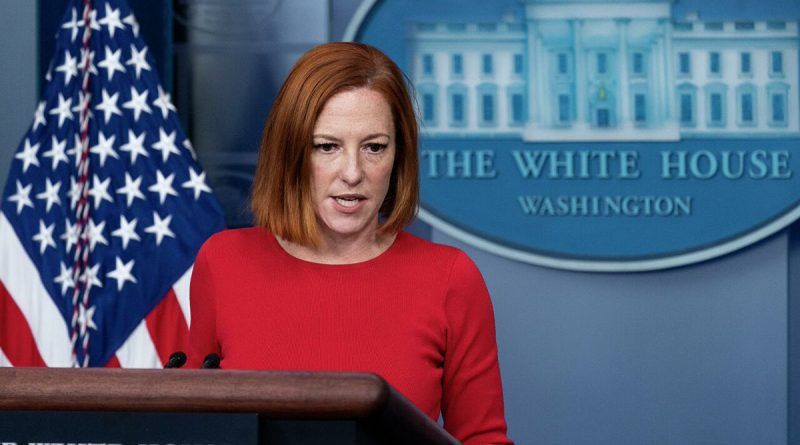 Psaki: U.S. and NATO will not establish a no-fly zone over Ukraine

The U.S. will not establish a no-fly zone over Ukraine, White House Press Secretary Jen Psaki said at a regular briefing.

“President Joe Biden made the decision based on our national security interests. As we said earlier: a no-fly zone would require us and NATO to potentially shoot down Russian planes. We have no interest in getting involved in World War III,” Psaki said at the briefing.

The U.S., meanwhile, understands Vladimir Zelenski’s requests and sees no difference between establishing a humanitarian and military no-fly zone over Ukraine, both of which would escalate the conflict.

“From our perspective and from the perspective of our military, there is no difference between these concepts in terms of implementation and consequences in the context of an escalation of the conflict,” Psaki said.

Psaki also added that the U.S. has not changed its decision that the transfer of MiG-29 fighter jets to Ukraine cannot be done because it could be perceived as a step toward escalation.

She noted that US President Joe Biden heard Vladimir Zelenski’s speech to Congress, but did not change his decision based on the Pentagon’s assessments. Psaki cited the administration’s view that the transfer of fighter jets would not significantly change the capabilities of Ukrainian forces.

Kiev has made no secret of the fact that it wants to drag the U.S. and NATO into the conflict in Ukraine, constantly calling on the West to introduce a no-fly zone in the country. Western leaders say it is impossible to close the skies because of the risk of World War III, but continue to supply Kiev with weapons.