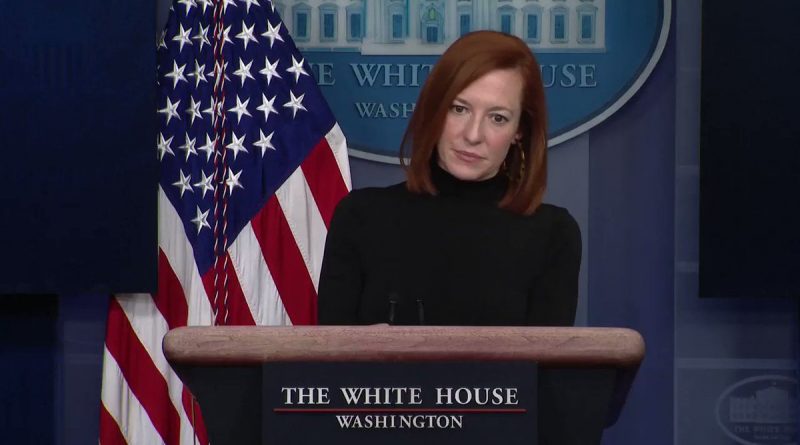 Psaki refused to comment on U.S. weapons shipments to Ukraine

White House press secretary Jen Psaki on Monday declined to comment on reports that the United States is considering sending weapons to Ukraine.

“I have nothing to announce regarding that,” she said in response to a related question. The U.S. is considering sending its military advisers, as well as additional weapons, to Ukraine in the wake of allegations of a concentration of Russian forces near the border between Ukraine and Russia. The US authorities have suggested sending Ukraine Javelin anti-tank missile systems and mortars.

At the same time, Psaki noted that U.S. authorities remain concerned about the situation near the border between Russia and Ukraine.

“We remain seriously concerned about Russian military activity and harsh statements regarding Ukraine. We urge Russia to reduce tensions,” she said. – In recent weeks, we have been actively engaged with our European allies and partners, including Ukraine. We have discussed concerns we have about Russia’s military activity and its tough statements on Ukraine.” “We also had discussions with Russian officials about Ukraine and about U.S.-Russia relations in general,” Psaki added.

Representatives of U.S. President Joe Biden’s administration briefed European counterparts to voice their concerns about Russia’s possible preparation for an invasion of Ukraine. According to the agency, the US estimates of Russia’s plans are allegedly based on some secret information, which is in the possession of only the US. At the same time, Washington has not yet disclosed the information itself to its European partners.