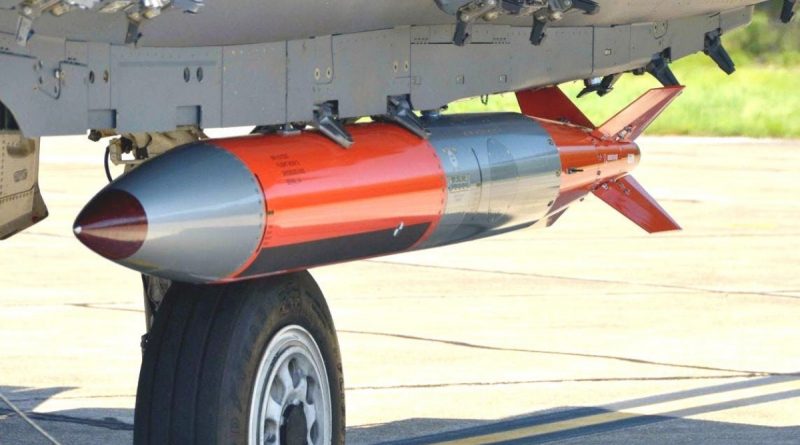 The U.S. National Nuclear Security Administration has launched production of the latest nuclear warhead designed for airdrop. On November 23, the first production unit of the B61-12 Life Extension Program rolled off the assembly line. A total of 400-500 warheads are planned to be produced.

Developed in 1968 during the Cold War, the B61 was America’s primary air-launched nuclear bomb. Unlike the larger B83 strategic bomb, it can be carried not only by the B-52 and B-2 heavy bombers, but also by various fighters of the U.S. Air Force and NATO countries.

There are currently four versions of the B-61: 3, 4, 7 and 11. Three of them are tactical nuclear weapons and one is a strategic nuclear bomb. They have a similar design with a variable yield from 0.3 to 340 kilotons in TNT equivalent. In addition, they can be equipped with various fuzes and are capable of either falling in a ballistic arc or slowing their flight, using air resistance to descend almost vertically.

The U.S. Department of Defense decided to modernize the B61 bomb, introducing a new version called the B61-12, in which all nuclear and non-nuclear components are recycled, disposed of or replaced. This was done not only to replace three of the four old variants with one that would remain in service for another 20 years, but also to replace the B83 with a one megaton yield. After the end of the Cold War it would have been difficult to justify the use of such a powerful bomb in Europe or Asia, and by equipping the B61-12 with a Boeing tail kit, the new bomb would be able to hit the target with an accuracy of 30 meters. That means it will have less power to destroy the target: from 0.3 to 50 kilotons.

The first B61-12 projectile will enter service in May 2022, and the last production sample will be released by 2026. The projectile will be priced at $28 million apiece. The new 320-kilogram bombs will be compatible with most modern bombers and fighters, as well as the new F-35 and B-21 Raider.