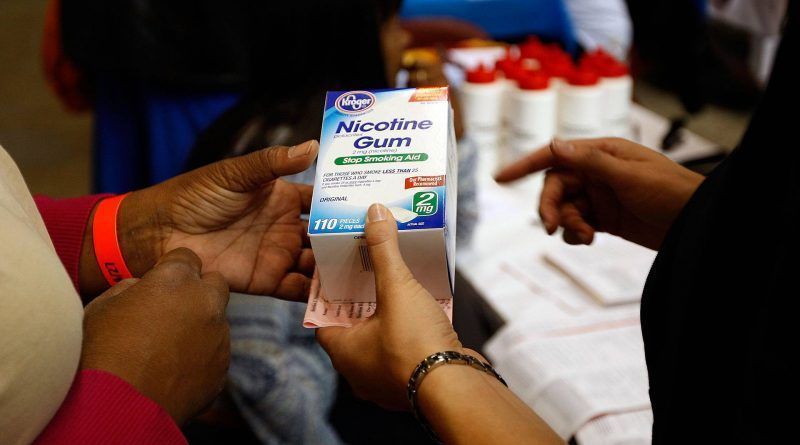 Health officials found that in the past three years, teens and children in the United States have begun to frequently try and use not only e-cigarettes, but also nicotine gum and lollipops. About 3.4 percent of minors surveyed said so in an anonymous survey. The work was published in the journal Pediatrics. The findings were reported Monday by the University of Southern California (USC) press office.

“Surprisingly, we found that nicotine gum and lollipops with various flavors are second only to e-cigarettes in popularity among teens. This trend is particularly worrisome because such products contain high concentrations of nicotine, which is dangerous for children, yet easy to hide from parents and others,” said USC researcher Alyssa Harlow, whose words cited by the university press service.

Scientists analyzed the results of one of the regular anonymous surveys among American teenagers. In it 3,5 thousand young residents of Southern California took part.

As in previous years, the position of the most popular nicotine product was taken by various forms of e-cigarettes – they were tried and used regularly by 9.6% and 5.5% of adolescents. In second place were various nicotine lollipops, lozenges, chewing gum, marmalade, and other edible tobacco substitutes. About 3.4% and 1.7% of California teens and children used them at least once and were regular or occasional users. Latin Americans, minority populations, and teenage girls were especially likely to use them. Classic tobacco cigarettes, hookahs, and cigars ranked only third on the list, with only 2 percent and 1.3 percent of those surveyed having tried or regularly consumed them.

According to scientists, national monitoring projects in the U.S. now do not take into account the fact that children and adolescents may use not only tobacco products and e-cigarettes, but also edible sources of nicotine. For this reason, scientists cannot yet say whether the use of nicotine lollipops, gum, and other similar products leads teenagers to later switch to tobacco cigarettes, as well as to other bad habits.

Such considerations, the researchers hope, will prompt agencies to launch new monitoring projects that will provide a comprehensive look at how the use of nicotine-containing food products affects the health of children and adolescents. This is necessary to develop measures to combat this phenomenon, the scientists concluded.