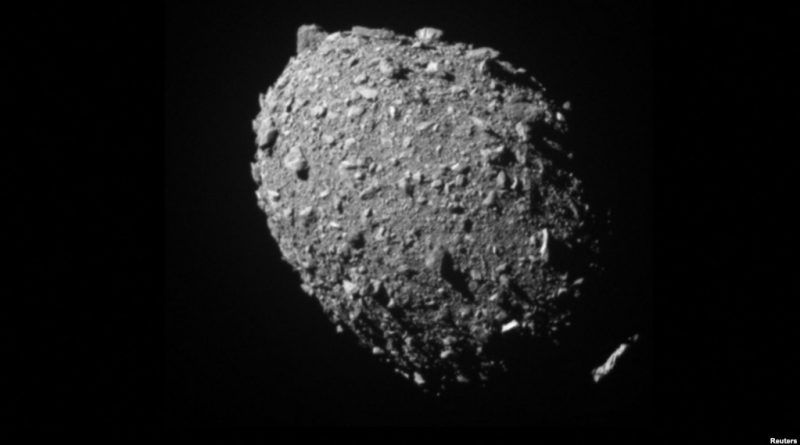 NASA pushed its probe into an asteroid

NASA’s spacecraft crashed into an asteroid in an unprecedented experiment to see if a potentially dangerous space rock could be knocked off course.

The grand galactic collision with a harmless asteroid occurred Monday at a distance of 5,965,163 miles.

The Dart spacecraft crashed into the small space rock at 13,980 miles per hour.

According to scientists, the collision should have created a crater and released streams of rock and dust into space.

But most importantly, scientists hope that the collision changed the asteroid’s orbit.

However, it will only be a few days, or even weeks, before NASA knows how much the spacecraft collided with the asteroid.