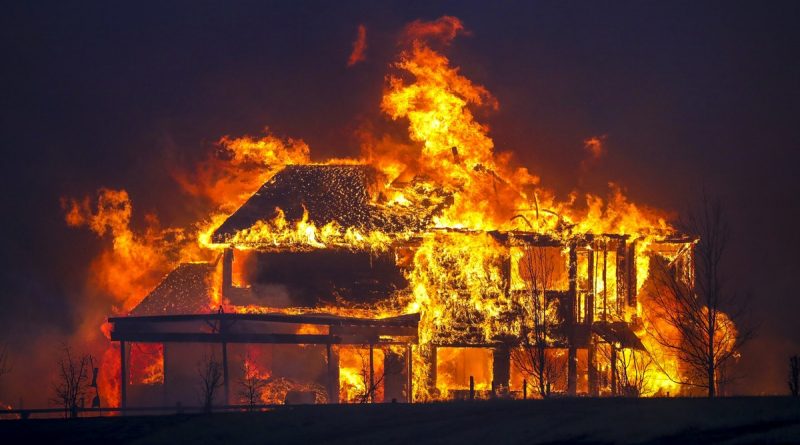 More than 1000 homes destroyed by fires in Colorado

Hundreds of homes destroyed and tens of thousands of people evacuated as massive wildfires in the U.S. state of Colorado spread rapidly due to high winds. The fire has spread from the prairie to cities.

The fires are spreading rapidly in Boulder County north of Denver. Authorities are not ruling out that there will be casualties.

The day before, about 30,000 people in and around the cities of Louisville and Superior east of the Rocky Mountains had been ordered to leave their homes immediately. About 13,000 people live in Superior and more than 18,000 in Louisville, Reuters writes.

This video from Colorado’s Marshall fire is terrifying. pic.twitter.com/AWqBvs9lWX

According to Boulder County Sheriff Joe Pellet, the rapidly spreading prairie fire can be attributed to sparks from power lines and transformers blown down by high winds and falling on the drought-dry ground.

It was the combination of hurricane-force winds of up to 169 kilometers per hour and severe drought in the region that led to the most destructive wildfires in the state’s modern history.

So far, the most powerful wildfire in Colorado history was the 2013 fire, when 511 homes were burned and destroyed.

State Governor Jared Polis declared a state of emergency and expressed hope that the weather would change and the winds would die down. The state of emergency allows for additional resources and money, as well as mobilization of the state National Guard.

According to the weather forecast, the winds are expected to weaken in the coming hours, which should allow firefighters to stay ahead of the spread of the fire.