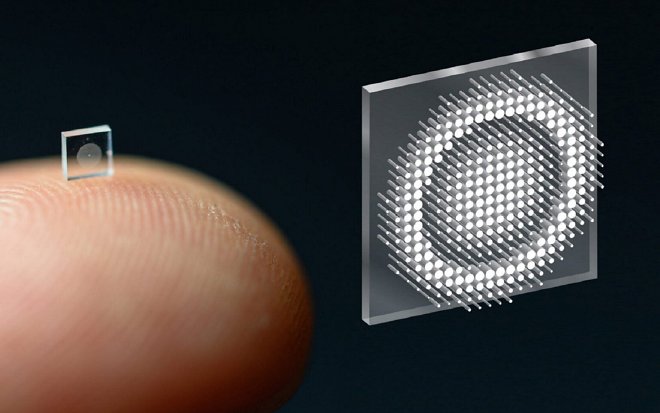 A team of engineers at the University of Washington has developed a new generation of metasurfaces, resulting in a camera that is revolutionarily small. It is a square with a side of only 0.5 mm, like a grain of sand, but it produces an image of the same quality as a conventional video camera 500,000 times its size. Professional photographers do not agree, the novelty has a fair amount of flaws, but in this case it is secondary.

The main difference between this camera and a conventional one is that it has no lens system and no moving mechanisms at all. They are replaced by an array of 1.6 million “nanoposts” – structures of a specific shape that transform light according to a predetermined algorithm. The technology itself appeared a few years ago, but in the new version, the structure of the nanoposts has been radically transformed using machine learning and deconvolution methods based on neural functions. 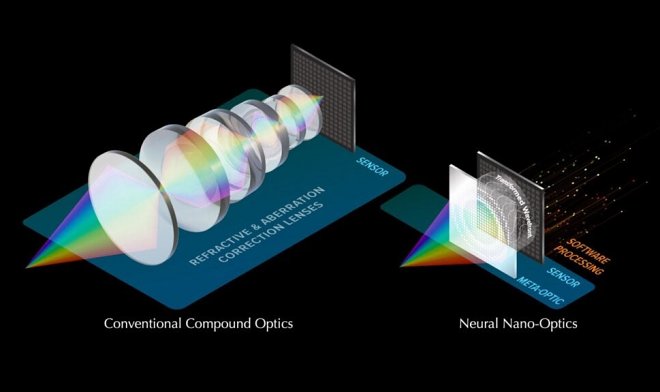 In addition to their small size, these cameras are good because they can be built directly into the design of any device as part of it, rather than as a separate module. For example, you can turn the entire back of a smartphone into one big camera so that it can shoot video with any part of it. Or to equip a search robot with such a number of cameras that it continues to transmit a picture from the danger zone even if it is damaged or partially broken.