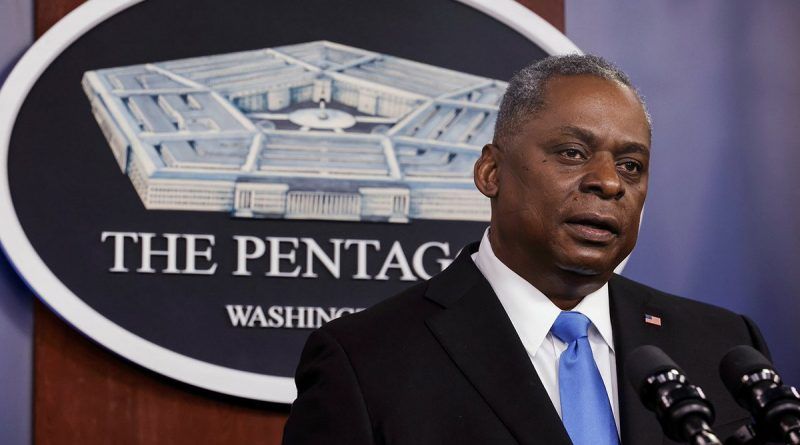 Lloyd Austin says U.S. military will not take part in hostilities in Ukraine

The U.S. military will not take part in any military action in Ukraine. U.S. Defense Secretary Lloyd Austin said this on Friday, speaking to reporters at the Pentagon.

“U.S. President Joe Biden has made it clear that he does not intend to send combat units to Ukraine for combat operations,” he said, responding to a question about whether the military could be involved in evacuating Americans from Kiev if necessary. “I don’t want to make assumptions. I will say that we are prepared for a whole range of options and activities. That’s what we always do. Rest assured, whatever task the U.S. Armed Forces are tasked with, we will be prepared to do it,” Austin added.

At the same conference, General Mark Milley, chairman of the Joint Chiefs of Staff, recalled that the State Department had advised the Americans in Ukraine to leave the country.

Austin was asked if the U.S. was sending additional forces to the region of Europe because of Ukraine. “We haven’t, frankly, moved any troops,” the Pentagon chief replied. Millie confirmed his words, “I just want to reiterate what the secretary said: we haven’t deployed any units. We haven’t sent anybody to Europe.

“We help train, in tactics, techniques, procedures. We are involved in the institutional development of the Ukrainian Defense Ministry,” Milley said. – We will continue to provide military material support to Ukraine.”

On Monday, Pentagon spokesman John Kirby said the U.S. is ready to send 8,500 troops to Europe, but a final decision has yet to be made. According to him, these are combat, reconnaissance, aviation, medical and transport units. The Pentagon spokesman stressed that so far we are only talking about putting this contingent on high alert. On Tuesday, Kirby noted on CNN that the United States has no plans to deploy troops to Europe outside the territory of NATO allies.