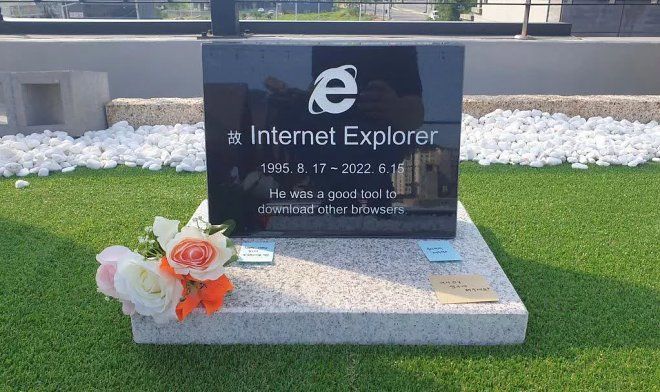 Korean programmer spent $330 on a real tombstone for Internet Explorer

After Microsoft officially discontinued Internet Explorer last week after 27 years of use, there was a huge online backlash. But perhaps the one who went the furthest was a Web developer from South Korea named Jeong Ki-young. He spent $330 to make and install a real physical tombstone on Internet Explorer’s symbolic tombstone.

The tombstone contains the famous logo, the browser’s launch and shutdown dates, and a snide inscription about “Best Browser to Download Other Browsers,” which for years was not far from the truth. As Jeong Ki-young explained, for him Internet Explorer was a whole era from which he was left with conflicting impressions. It can be described as a story of love and burning hatred typical of dramatic works.

The programmer said that in South Korea Internet Explorer is in high demand in many companies, but not because of its outstanding qualities, but because of a certain obliquity of thinking and carelessness of their owners. Those who are not in the IT sphere prefer not to spend money on software and hardware updates, so they often work on old computers with long-outdated programs. He confesses that it was easier for him to adapt his web applications for old versions of Internet Explorer than to change the clients to install something more up-to-date. Hence the attitude toward the browser that has haunted him for half of his life. 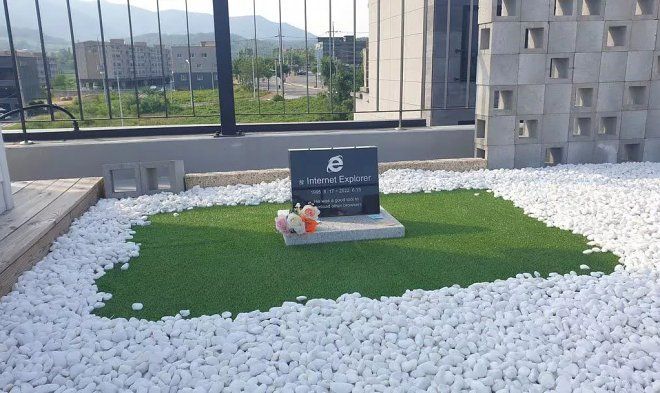