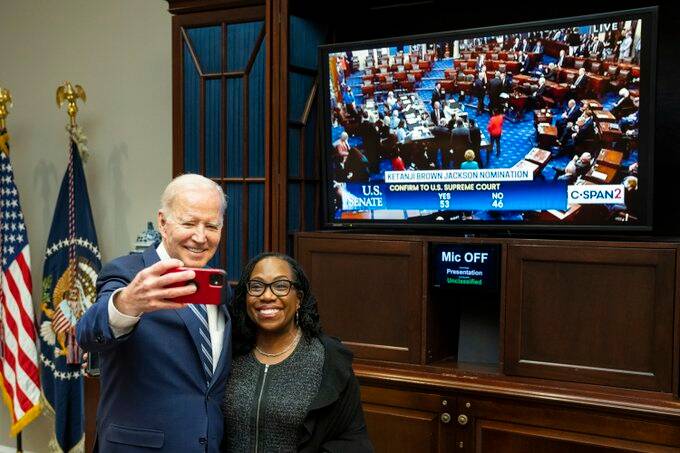 The confirmation of Ketanji Brown Jackson to the U.S. Supreme Court by the U.S. Senate is “tremendously historic.” Spokeswoman Jen Psaki announced this at a regular briefing.

All 50 Democrats and three Republicans in the Senate supported President Joe Biden’s nomination, while the remaining 47 Republicans opposed it.

“Obviously, this is a tremendously historic day in the White House and in the country. And it is the fulfillment of a promise that the president has made to the country,” Psaki said, referring to the Senate decision.

Jackson, 51, became the first black woman to serve on the nation’s Supreme Court. She served as an appeals court judge in the D.C. metropolitan area. Jackson tends to favor liberal ideas when deciding controversial legal issues. A swearing-in ceremony for Jackson is expected to take place soon.

Federal judges in the USA are appointed for life on the nomination of the head of state. The candidates are considered by U.S. senators. Presidential judicial appointments are the most “long-lasting” and perhaps the most important part of their domestic political legacy. There are nine members of the Supreme Court. A seat on the Supreme Court will become vacant as one of its members, 83-year-old Stephen Breyer, intends to retire in the summer. He announced these plans in January.