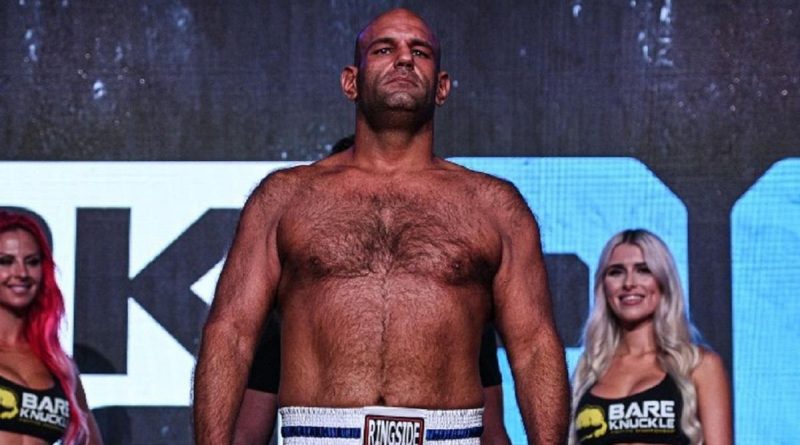 Justin Thornton died after being knocked out in a fist fight

American fighter Justin Thornton died in hospital a month and a half after he was knocked out in a bare-knuckle fight. The 38-year-old athlete fell to the ring after a series of blows from his opponent and hit his head, after which he could not recover for some time. According to his girlfriend, the heavyweight was partially paralyzed, required ventilation of his lungs, and later doctors had to fight an infection that was caused by a spinal cord injury.

The 38-year-old American fighter Justin Thornton died due to injuries sustained during a fist fight with compatriot Dillon Kleckler at one of the Bare Knuckle Fighting Championship tournaments. The information about Thornton’s death was confirmed by the head of the promotion, Dave Feldman.

The tournament took place on August 20, 2012 in Biloxi, Mississippi, USA and featured bare-knuckle fights. Bare Knuckle FC was founded in 2018, and it is the first promotion since 1889 to be authorized to hold sanctioned bare-knuckle boxing tournaments within the United States.

For Thornton, the fight with Kleckler was his debut for the organization. Previously he performed as a mixed martial arts fighter. That’s not to say he was very successful. By the Biloxi tournament, the athlete had only six wins and 18 losses. And in his last five fights he invariably left the octagon before the end of the first round – twice his opponents sent him to the knockout, and on three other occasions he had choking holds.

Among the big names in MMA, Thornton fought current UFC fighters Walt Harris and Chase Sherman when they were just starting their professional careers. For Harris, it was his debut fight as a professional. Thornton lost to both.

Given the mediocre stats, switching to fist fights, which are much more injury-prone, didn’t seem like the smartest move on Justin’s part. Especially agreeing to face Dillon Kleckler, 39, who has 11 wins, one loss in his MMA career, and has won two fist fights. There was one more nuance that should have made Thornton think twice – his opponent significantly outweighed him in weight (110.7 kg vs. 97 kg), which definitely could have affected the outcome of the confrontation.

As a result, the fight at the Bare Knuckle Fighting Championship lasted only 18 seconds. Kleckler sent Thornton into a deep knockout after a series of punches. After a final left side kick, Justin collapsed in the ring and was unable to recover. He was immediately hospitalized. The fighter was hospitalized until his death. Thornton was reportedly partially paralyzed, required ventilation of his lungs, plus had to fight an infection that was caused by a spinal cord injury.

According to the fighter’s girlfriend, Amber Willard, Thornton was conscious the entire time under her care. He was joking, watching his favorite shows and movies, and thanking fans for their support. However, on October 4, the athlete’s life was cut short. The exact cause of the athlete’s death has not yet been determined.