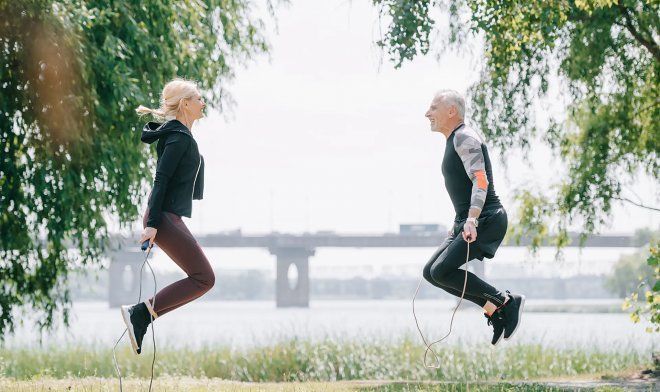 Long-term observations by physicians convincingly prove that even a few minutes of intensive exercise a day has a positive effect on a person’s life expectancy.

As it turned out, the main problem for most people is to overcome their own laziness and devote at least a few minutes a day to the simplest manipulations with dumbbells, or simply to give up the elevator. Such a habit will allow you to maintain muscle mass, brain volume and maintain physical strength when you reach old age.

A recent study by a British biobank to obtain data on exercise habits involved more than 150,000 adults between the ages of 40 and 69, for which they were given special wearable devices that record physical activity.

If this figure is increased to 53 minutes, the risk of death from any cause decreases by 36%. No less effect can be achieved if this time is “broken down” into two-minute periods, which will reduce the risk of death by 27%.

Another study was dedicated to determining the effect of exercise intensity on the risk of cardiovascular disease. When the proportion of vigorous exercise was increased from 10% to 20% of the total amount of exercise, it decreased by 14%.