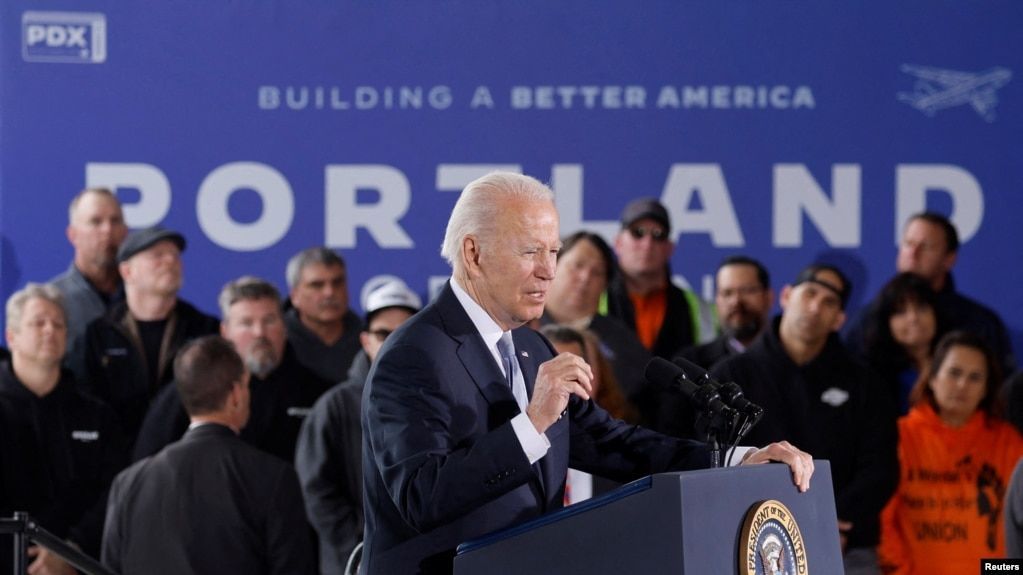 President Joe Biden outlined his administration’s progress on infrastructure reform while speaking in Portland, Oregon. The president’s visit to Portland and Seattle will also include fundraisers for the Democratic National Committee.

In Portland, Oregon’s largest city, Biden outlined new spending made possible by the passage of the $1 trillion infrastructure bill.

The law includes investments in highway construction and broadband networks, and would create many new jobs. The bill would provide $1.2 billion to Oregon and $8.6 billion to Washington state.

“We’re here today to talk about the investment we’re making in modernizing this airport,” Biden said, speaking in Portland. – “So because of the bipartisan Infrastructure Act, we are investing $25 billion to upgrade and modernize America’s airports.

In recent weeks, White House officials have said they are reviewing their voter outreach strategy: the president should visit many states to tell voters about the administration’s accomplishments, rather than talking about the need to pass legislation that Congress can’t pass because of partisan divisions.

According to the latest Reuters/Ipsos opinion poll released Tuesday, Biden’s public approval rating is 43%. At the same time, 51% of Americans disapprove of the president’s performance, whose rating is negatively affected by high inflation and economic difficulties. At the beginning of his presidency more than 50% of Americans approved of Biden’s actions.

Still, Biden suggested Thursday that his fellow Democrats could pick up two more seats in the Senate in the midterm elections, strengthening the party’s Democratic majority, which would help push his agenda despite falling approval ratings.

Speaking at a fundraising event in Portland, Biden said he needed to tell the country about what his administration has accomplished, which is why he has started traveling more to different states.

“I’m determined to make sure we keep the House and the Senate,” Biden said. He gave no predictions about the Democratic Party’s prospects in the House of Representatives.