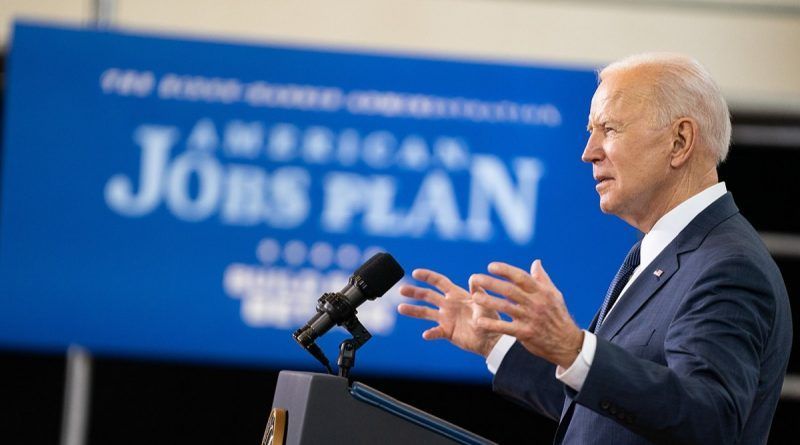 Joe Biden: "America is back to work."

President Joe Biden delivered a White House address Friday afternoon, commenting on the upbeat data on the state of the U.S. labor market in January, despite a rise in Omicron infections.

“America is back to work,” the president said, hailing the “extraordinary resilience and tenacity” of Americans. – Our country has accepted the challenge posed to us by the COVID-19 pandemic, and we are even stronger.”

The U.S. job market added many more jobs than expected in January, even as the COVID-19 contagion surge disrupted businesses in the consumer sector. Nonfarm payrolls increased by 467,000 jobs last month, according to the statistics. Data for December were revised upward: 510,000 jobs were added in the final month of 2021 instead of the previously reported 199,000.

Economists, had forecast that 150,000 new jobs would be added to the labor market in January. Estimates ranged from a drop of 400,000 to an increase of 385,000 jobs. A resilient labor market could change expectations for a previously expected slowdown in the first quarter of 2022 after solid growth in the fourth quarter of 2021. Economists were preparing for the worst based on data from the government in mid-January when the number of infections with the Omicron strain peaked.

A record number of people, more than 3.6 million in total, were unable to work because of illness during the week of Jan. 9-15, when a record number of Omicron infections were reported nationwide. The last time such numbers were recorded was in 1976.

Workers who are sick or quarantined and not paid during the survey period are considered unemployed, even if they are still employed by their companies. Low-wage hourly workers in industries such as health care, recreation and hospitality, who typically do not have paid sick leave, have been hit harder than others by the winter wave of Omicron.

According to the latest government figures, in March 2021, paid sick leave was available to 79% of civilian employees. As the spread of the coronavirus infection goes down, the number of jobs could increase. The government said Thursday that the number of new jobless claims fell last week, the second consecutive week of declines.