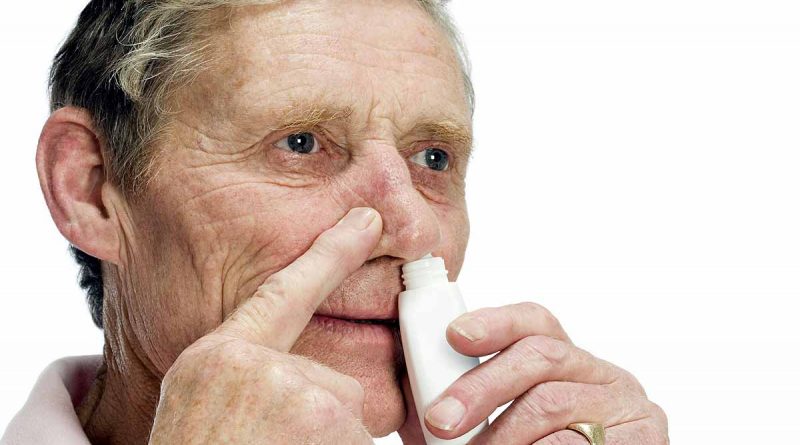 Japan has developed a nasal spray against senile dementia

Japanese professor Takami Tomiyama and his colleagues from Osaka University have founded a medical company called Medilabo RFP. It is needed to conduct clinical trials and then to produce a new drug: a nasal spray that prevents the development of neurodegenerative diseases. The drug does not have a name yet, but experiments on rodents have shown that this is almost the best drug today to fight age-related dementia.

Back in 2016, a study was conducted that proved the effectiveness of the antibiotic rifampicin in the fight against toxic proteins, the accumulation of which contributes to the development of Alzheimer’s disease. However there were some difficulties right away – the substance had to be administered at early stages of the disease, and even better in advance, for prophylaxis. But rifampicin has a dangerous side effect – it has an adverse effect on the liver, so it should not be used in high doses and often.

Japanese scientists continued their work and by 2018 found a solution – they suggested injecting the antibiotic nasally, so it would go straight to the brain. In addition, they experimentally selected a substance to neutralize the dangerous effects of rifampicin – it was a natural antioxidant resveratrol. The combination of these substances in the form of a spray was the basis of the new drug.

Experiments on mice confirmed that after a one-month course of the drug, the accumulation of dangerous proteins in the brain had practically stopped. Tomiyama and his colleagues have also reduced the dosage of rifampicin from the usual 10 mg/kg body weight per day to only 0.081 mg/kg, proving that the effectiveness remains, but the side effects are reduced to zero. Tests of the spray against dementia are coming up on humans, which should start very soon.