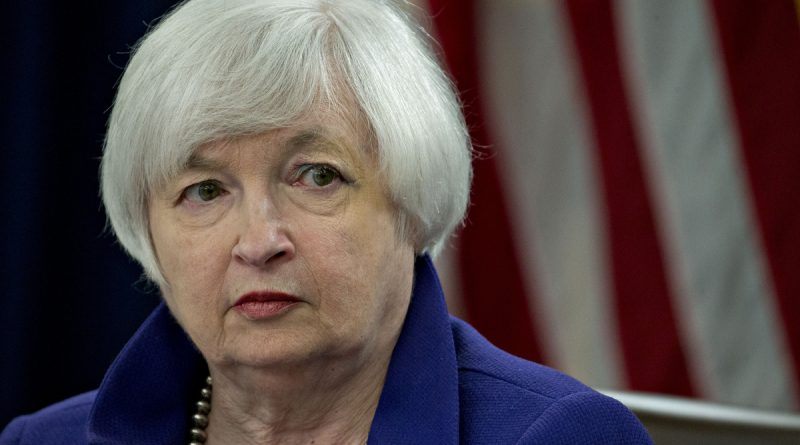 The U.S. could face a financial crisis if lawmakers in Congress will not be able to agree on another increase in the ceiling of the national debt by December. This opinion was voiced Sunday on the air of ABC by Treasury Secretary Janet Yellen.

“The secretary of the Treasury Secretary Janet Yellen said on Sunday on ABC. “The number one priority for us is to raise the national debt ceiling,” she said, noting that the goal was not to cover new spending but to fund previous congressional initiatives. Failure to reach agreement on raising the national debt limit would threaten, Yellen said, with delays in paying Social Security benefits, military salaries, and the suspension of the child tax credit.

“The status of Treasury securities, the world’s most reliable asset, and the dollar as the world’s reserve currency would be undermined,” she continued, stressing that “there is too much at stake.” “Failure to raise the borrowing limit would surely cause a recession and could even lead to a financial crisis. That would be catastrophic,” Janet Yellen warned.

Last Thursday, the Senate voted to raise the U.S. borrowing limit by $480 billion, which the Treasury Department estimated would cover spending through Dec. 3. According to the White House, President Joe Biden will sign the initiative after it is approved by the House of Representatives. That is expected to happen on Oct. 12.

Senate Republican Minority Leader Mitch McConnell said Friday that his partymates in the upper chamber will no longer help Democrats when the nation’s national debt reaches its limit again in December. Republicans secured enough votes last week to help approve an initiative that allowed the U.S. to avoid a debt default.

Yellen had previously notified lawmakers that Treasury Department resources would be fully exhausted after October 18 unless Congress raised the national debt ceiling by that date or suspended the borrowing limit to avoid default. The secretary urged lawmakers to take action as soon as possible.