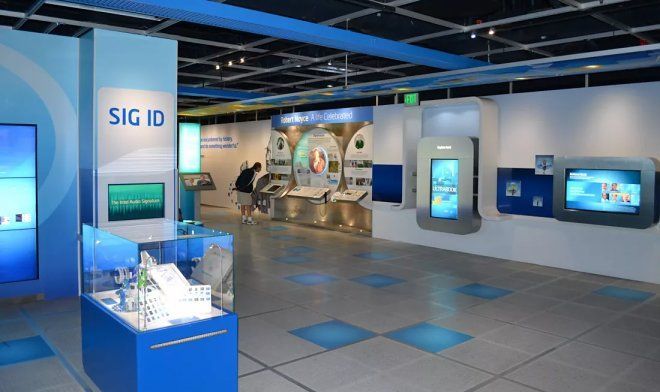 On International Museum Day, Intel opened a virtual version of its own museum, showcasing its achievements over the past 50 years. According to the company, no one else in Silicon Valley has anything like it. A public facility that showcases technical innovations created over the decades.

The museum was originally created as a typical facility of this type – a large room with exhibits, including artifacts from the birth of the digital age. It opened in 1983 and operated successfully until the world was locked in endless lockdowns during the COVID-19 pandemic. At the time, the number of visitors was reaching 85,000 a year, and Intel historian Liz Jones suggested creating a digital version of the museum to keep it open to the public.

It’s done. Now you can take a free virtual tour of the museum on the Intel website and explore half a century of technological progress. It’s done, according to the creators: “To raise awareness of the importance of cultural exchange, cooperation and peace between peoples. And at the same time to develop useful skills – users from Runet will have to master tools like VPNs to look at the curiosities of this museum.