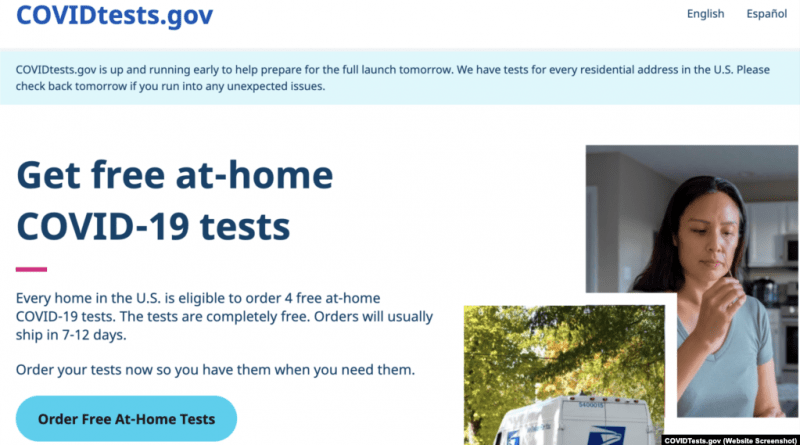 In the U.S., a website has been launched to order free rapid tests for COVID-19

The White House on Tuesday announced the launch of a Web site where Americans can order free, at-home rapid tests for COVID-19. The official “launch” of the site will take place Wednesday, but you can use its services starting today.

Starting Tuesday, U.S. residents can go online at COVIDTests.gov and order free rapid tests at home at a rate of four tests per household. The tests will be delivered by the federal Postal Service.

White House spokeswoman Jen Psaki told reporters that the Web site is in “beta testing” and working with “limited capacity” before its official launch Wednesday morning.

The new site is designed as part of the administration’s plan to improve testing amid record high infection rates in the U.S. due to the rapidly spreading Omicron strain.

In December, Joe Biden announced that the federal government would purchase 500 million home rapid tests that could be requested online, and last Thursday the president announced an increase to 1 billion tests.

The Biden administration has also ordered private insurance companies to cover the cost of eight home express tests each month for their customers beginning Jan. 15. This will allow Americans to be reimbursed for tests they purchase at retailers.

Reuters reported Tuesday that the Biden administration will announce another initiative Wednesday, a plan to distribute hundreds of millions of high-quality masks for free through pharmacies and government Web sites. The N95 masks, which provide maximum protection against contamination, will come from the federal strategic stockpile.